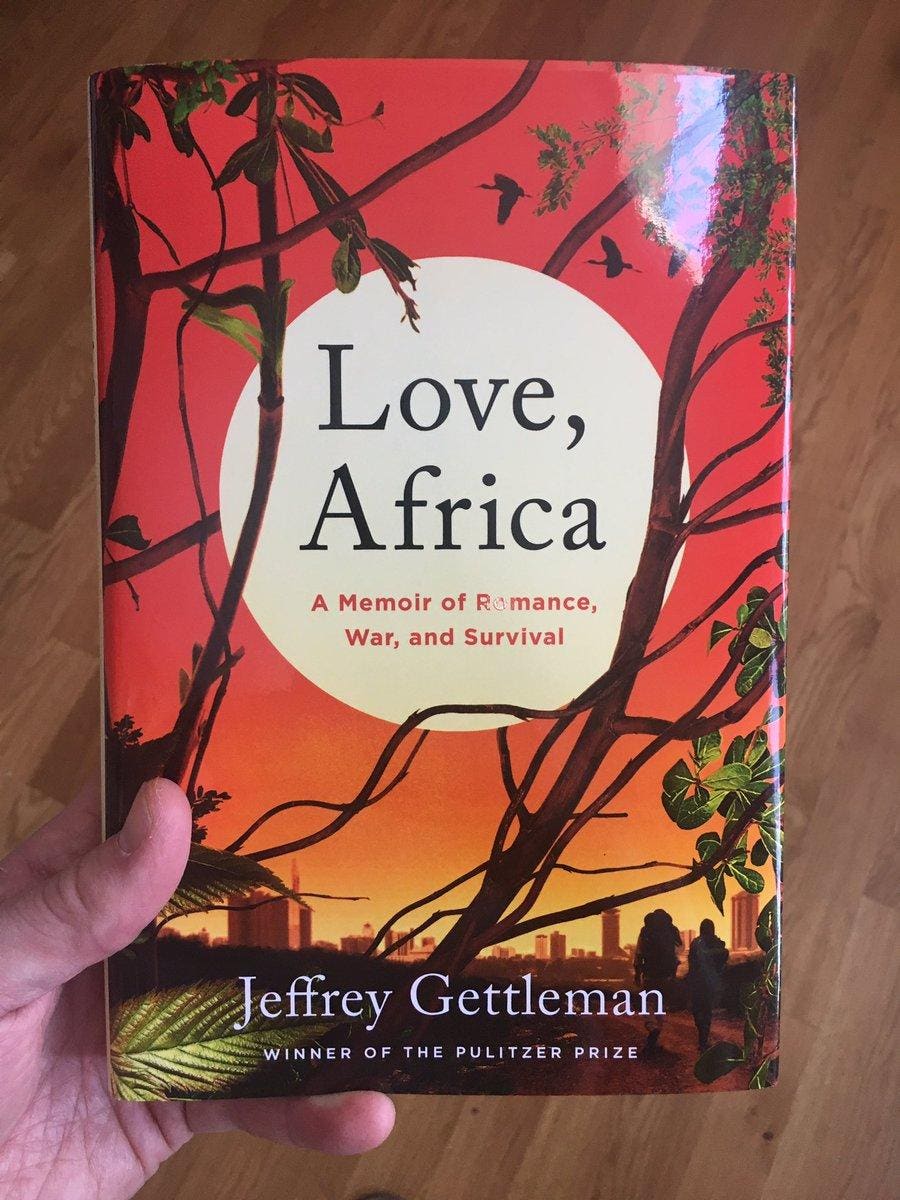 You might expect to read swashbuckling tales of Gettleman putting his life at risk in the name of getting a good story. Don’t worry, you’ll get plenty of that.

You’ll also get a deeply personal book about his other major love: his wife, Courtenay Morris. Love, Africa reveals how they first met at Cornell University, their long-distance struggles, their marriage and their rocky moments.

Some readers may dislike how Gettleman often digresses from Africa and discusses the roller coaster relationship with Courtenay. If you prefer a book that just focuses on Africa, then this is not your book. Not only does Gettleman discuss intimate details about his relationships, but he also has chapters dedicated to his time in Iraq and America. Ultimately, this is Gettleman’s life story, not a book just about his reporting or analysis of Africa.

One has to admire Gettleman’s courage. It’s not just that he often throws himself in danger in Africa, but he also has the courage to reveal some of the most painful parts of his relationship with Courtenay. He reveals his infidelities and the arguments that ensue. It takes guts to show your weaknesses to the world, especially when you’re supposed to be a tough and flawless New York Times foreign correspondent.

At the lowest point of his marriage, Gettleman pens a memorable line, “Courtenay may have still loved me, but she definitely didn’t like me.”

Gettleman is an expert storyteller. His writing style is more flowery than you might expect from a journalist. All his life he’s fought editors who have edited out his poetic descriptions. Now, Gettleman is able to reveal his true writing style without an editor preaching to him that “less is more.”

There are two disappointing aspects of the book. First, it would have been nice for Gettleman to have spent more pages revealing his high-level analysis of Africa, especially East Africa. He spends most of the time sharing thrilling events, but not enough time taking a macro view of the continent.

One example of this macro view is when he coins a brilliant term: he calls Kenya’s political system “an ethnocracy.” He elaborates:

It is a democracy of sorts, or it’s supposed to be, but even when it “works,” just about everyone votes along ethnic lines. It’s less bigotry than pragmatism.

The other mildly disappointing issue is that the book feels like it ends too abruptly. The memoir’s penultimate chapter covers Nairobi in 2009. The last chapter, which is relatively short, covers the next seven years. He doesn’t explain why he focuses most of the book on the years 1990 to 2009. Why not 1990 to 2017? Why focus mostly on his early years and not so much on his recent years? Why cram the seven most recent years in one chapter, when other chapters focus on just one year?

I can speculate two possible reasons. As he admits, “You have to be reckless to do this job. . . . It’s a young man’s game.” Although he still has the guts to fly to West Africa during the Ebola crisis, he focused on surfing rather than mingling with vomiting Ebola patients. His two young boys naturally make him more risk averse. That results in fewer nail-biting stories.

Another possible reason is that Africa has become more tame and boring in the last eight years. Gettleman isn’t the only one who is becoming more mature; his love, Africa, is also maturing. He reports that conflicts are sharply lower throughout the continent, on average. Once again, that translates into fewer on-the-edge-of-your-seat stories. 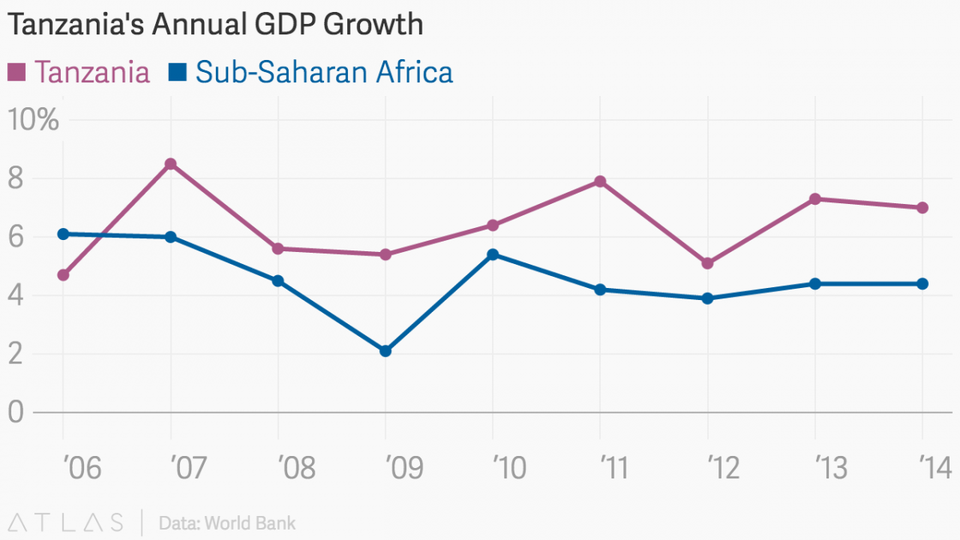 Gettleman, who is in late 40s, has had a remarkable life so far. His prose is gripping and his stories reveal so much about him and Africa. Anyone who is curious about Africa and wants a behind-the-scene glimpse of life as a New York Times foreign correspondent, must read this book.

Francis Tapon
I am traveling nonstop to all 54 African countries from 2013-2018. I’m spending 5 weeks per country (on average) and climbing the tallest peak of each African country. I’ve written two books: Hike Your Own Hike and The Hidden Europe. I’ve traveled to over 111 countries. I’m the creator of The Unseen Africa, which I hope to turn into a book and a TV series. I’ve walked across America four times and Spain twice. I have a B.A. from Amherst College and an MBA from Harvard Business School. See Tapon.org