A 38-year-old woman in India almost died after her husband allegedly stuck a 40cm rolling pin inside her intestines as ‘punishment for being infertile’.
Accompanied by her husband, she was rushed to hospital in Haldwani, India in December 2016, after complaining of severe abdominal pains and swelling.

Doctors at the Dr Sushila Tiwari Government Medical College Hospital initially tried to x-ray the woman but nothing confirmed her injuries as wooden materials cannot be identified. Eventually a team of five doctors who operated on her discovered the rolling pin inside her intestines. 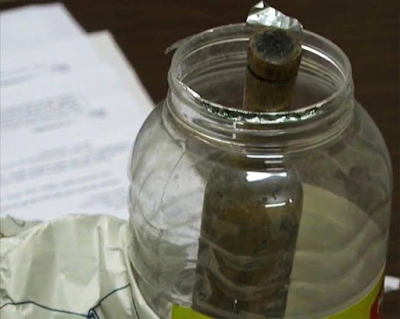 The hospital informed police and the National Commission for Women (NCW) after the women couldn’t elaborate on what happened.

‘The matter came to me a day after the operation. The woman was in a terrible condition when I first visited her. She was not only in pain but terrified to speak to anyone. I tried asking her what had happened but she did not say a word and kept crying. Her husband was present at the time. I continued visiting her for three days and eventually she opened up on the third day while her husband was away. She told me she was infertile and her husband often tortured her.’

Her husband who is now on the run, has been charged with rape and grievous bodily harm.
Photo Credit: Cover Asia Press