The All Progressives Congress (APC) has paved the way for all its governors seeking re-election to emerge as candidates from today’s primary, Daily Trust findings have shown.

Eight APC governors would be completing their first terms in 2015 and have since declared interest to seek for second term on the platform of the party.
They are Governors Abdulfatah Ahmed (Kwara), Ibikunle Amosun (Ogun), Umar Tanko Al-Makura (Nasarawa), Kashim Shettima (Borno), Ibrahim Geidam (Yobe), Abdulaziz  Yari (Zamfara), Abiola Ajimobi (Oyo) and Rochas Okorocha (Imo).
Okorocha’s governatorial second term plan is still not clear as he has picked a presidential nomination form even as no aspirant has bought form for the Imo governorship race under APC.

Though the party has said it is leaving the contest for its tickets open, the processes for nomination favour the governors.
The party had also decentralised the sales of forms by forwarding the materials to the state chapters of the party for distribution to aspirants.
This, according to our findings, made it possible for the governors to keep track of the materials since they control the party machinery in their respective states.
Head start for governors
The governors, our findings further revealed, had unhindered access to the materials from the onset and even determined the distribution to intending aspirants.
Our correspondents observed that aspirants, who will be running against incumbent governors encountered, serious hurdles in the process of trying to obtain the forms from the state secretariats; they are either told that the forms are not available or that the officials in charge were not around.
Those who eventually obtained the forms from the national headquarters encountered difficulties trying to submit them at the states as they were told to do so at the national secretariats of the party only for the party’s national secretariat to direct them back to the states.
In Nasarawa State, four persons initially indicated interests in contesting against Governor Al-Makura; two of them – retired Barrister Lagi Innocent and Stanley Buba – have left the party while the other two – Reuben Audu and Dr. James Angbazo – who said they were still in the race, have slowed down their campaigns.
Al-Makura therefore remains the only visible aspirant; party stakeholders said others preferred to allow him have a solo ride as the odds against them are big.
In Zamfara, Governor Yari is also unopposed as he is so far the only one who has shown serious interest in the race for the party’s ticket.
In Yobe, Governor Gaidam also seems set to have his way as his two opponents – Engr. Mustapha Maihaja and Alhaji Yahaya Muhammad, – both of whom had obtained forms to contest alongside the governor, have been compelled to slow down.
Muhammad had accused the state governor of master-minding the plot to frustrate gubernatorial aspirants from participating at the party’s primaries.
“It surprised me to meet the party secretariat/office empty despite the ample notice we gave to the officials. I went to the party headquarters in Abuja to submit expression of interest and obtain my nomination form but they refused to attend to me,” he has stated.
Maihaja also told newsmen that he was at both the state and national secretariat of the party to submit forms but lamented how, both offices, refused to attend to him.
In Borno, one aspirant, Makinta had indicated interest in contesting against Governor Shettima but later stepped down from the race.
In Oyo, two persons – Wasiu adesina and Adebayo Shittu – are contesting against the Gov Ajimobi, while in Ogun, Gov Amosun is standing unopposed.
In Imo State, our correspondents learnt that nobody has picked the APC guber form.
This, our correspondent learnt, will allow the governor to pick it in the event he loses out in the presidential primary slated for December 10.
In Kwara, those who have indicated interest in running for the APC ticket stepped down after the endorsement of Governor Ahmed by Senator Bukola Saraki, who is the leader of the party in the state.
APC is fair to all aspirants
When contacted by Daily Trust, National Secretary of the APC, Mai Mala Buni, said the party has not stopped anybody from contesting for the governorship position in those states.
He said it is those who are trying to portray the party in bad light that are giving that impression insisting that the party has been fair in its dealings to all its aspirants.
“It is being magnified to draw attention, but I can assure you that the party is fair to all,” he said.
Daily Trust reports that the APC had allowed Kayode Fayemi of Ekiti State and Rauf Aregbesola of Osun State to retain the tickets of the party when their states were due for election earlier in the year.
In the case of Fayemi, his main challenger Opeyemi Bamidele defected to the Labour Party after he was asked to step down.
Those APC govs not in the race
Governors Rabiu Musa Kwankwaso (Kano), Aliyu Magatakarda Wamakko (Sokoto), Rotimi Amaechi (Rivers) and Babatunde Fashola (Lagos). In Osun State, Governor Aregbesola was sworn in for his second term last week, while Adams Oshiomhole’s second tenure will end in 2016. 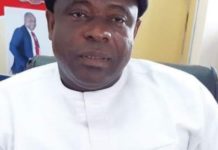