The long awaited 2018 presidential debate schedule was released yesterday by Eddi Emesiri, the Executive Secretary of the Nigerian Election Debate Group (NEDG) and the Broadcasting Organisation of Nigeria (BON).

African Action Congress (AAC) and its presidential candidate Omoyele Sowore not among the five political parties listed for debate.

The exclusion of AAC from the presidential debates is not only a travesty of justice, but day light robbery of our democracy, the constitutional and legal rights of AAC, Sowore, and Nigerian voters. The non-inclusion of AAC by the so called NEDG and BON didn’t come as a surprise given the history of election rigging in Nigeria. It is under statement to say that other parties are hell scared of AAC and Sowore. The entry of Sowore to the Nigerian political space was sudden and unexpected by the god fathers of Nigerian politics and the well entrenched parties of corrupt cowards and thieves. They were not prepared for hurricane Sowore which completely altered the political rigging paradigm of APC and PDP.

NEDG and BON owe Nigerians some explanations: Who and who constitute the members of NEDG and BON? What’s the constitutional mandate given to NEDG and BON? What’s the criteria of choosing the five parties for the debate? Who funds NEDG and BON? Of all the five parties chosen for the debate, none has campaigned so hard, forcefully, so extensive, so intense, and so consistent, over a longer period of time and throughout the length and breadth of Nigeria. Sowore has been to all the 36 states. He has met and dialogue with the Nigerian poor of different shapes and sizes. He has gone where none of the five candidates selected for the debate has gone. He has broken the record for interviews on TV, radio, talk shows, newspaper, and social media. AAC has more candidates contesting for different political offices than ACPN, ANN, and YPP combined. AAC’s name recognition towers and swallows all the new parties.

Who is afraid of Omoyele Sowore? Obviously all the five presidential candidates for the debate are afraid of Sowore. Sowere is a unique candidate with a unique revolutionary message. He’s driven by fearless ideas. His willingness and audacity to say and do things that have never been done before by any presidential candidate of our era, things that other candidates would never dream of saying or doing make Sowere inherently a threat and a present danger to the reactionary, old, and expired politicians of the status quo. Since his debut as convener of TakeItBack Movement and lately as presidential candidate, Sowore had ignited Nigerian politics known for bereft of ideas with fearless ideas. Sowore is no stranger to controversy. He’s never been scared or deterred standing alone against the tide of popular opinion. He has met with the often ignored Nigeria’s large constituent: the poor, the disenfranchised, the excluded, the forgotten, the abandoned, the neglect, and the underrepresented. Initially, Sowore was written off as “slacktivist.” But within a short time, he has redefined the boundaries of political creativity, innovation, and audacity in Nigeria. Sowore has proved his critics wrong and he’s determined and passionate to free Nigerians from what activist David Hogg calls “the safety of inaction.”

It is instructive to remind Emesiri and others who selected the five parties for the debate that the future of creative and innovative leadership is about having the humility to respect and recognize the experience and views of others, and not to retreat into fear of defensiveness. For the election to be held at all, and for it to be credible AAC and Sowere must be included in the debate. We’ll fight for this constitutionally by all the legal weapons at our arsenal. No retreat no surrender!

The presidential debate is very important to the future of our country and democracy. Presidential debates affect outcome of elections. Candidates will have the opportunity to do their best to dispel negative images of themselves while reinforcing negative images of their opponents. For example, Sowore will have the privilege to dispel the often maliciously cited his inexperience and too young to run. Buhari will have the time to convince Nigerians why he should be re-elected for second term in spite his corrupt, inept, and ineffective administration, and of course inform Nigerians on the state of the economy, and indeed show case his achievements if any for the past four years.

Atiku will be too happy to debunk corrupt allegations against him, and why PDP that looted our treasury for 16 years should be allowed to rule Nigeria again. The debates present a rare opportunity for Nigeria to introduce the challengers – the presidential candidates of the new parties. Most importantly, presidential debates will let Nigerians make two simultaneous judgments: (1) Whether or not the candidates seems “big enough” to be president. (2) Whether or not one of the candidates is a better choice. Debates are more powerful in terms of voters’ learning about candidates… Let’s go there! 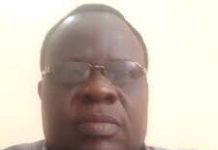 Spate Of Banditry Attacks In The Country: Police, DSS And The Rest Of Us