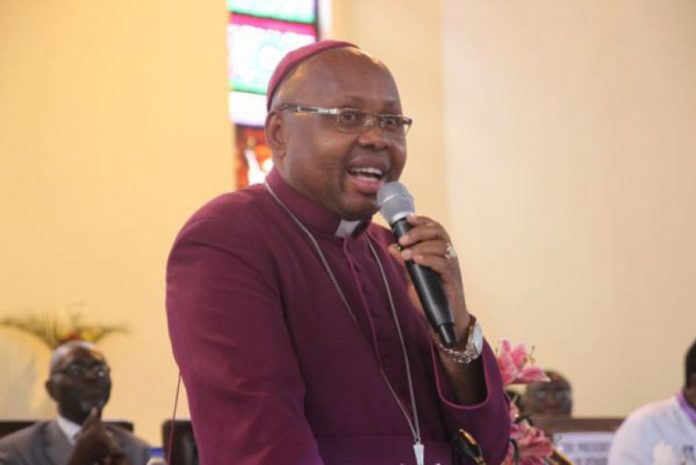 The Archbishop, Province on the Niger, Anglican Communion, and Bishop of Anglican Diocese of Awka, Most Reverend Alexander Ibezim says gender-based violence is a global challenge that requires concerted efforts to address.

Bishop Ibezim stated this in a message to women to mark the 2020 Mothering Sunday celebration.

He decried the wide gap between women and men in the labour force, which showed that women and girls have been segregated and by extension, suffering from extreme poverty.

Archbishop Ibezim quipped, “Gender based violence is a global pandemic that affects one in 3 women globally. I urge the society to frown at gender-based violence (GBV) or violence against women and girls (VAWG) in its all ramifications. It’s belittling for us as a people.

“This year’s mothering Sunday, I am of the opinion that if the society collectively and deliberately rise against gender inequality, we have began a move to fight and reduce poverty in our societies and opening up for better and sustainable development, good governance and a progressive society.

“I advocate actions targeted at empowering women in all facets of life and career by shunning domination by a single sex in work places. Women should be considered in leadership roles and not be stereotyped or discriminated. Individuals, be them women or men, people with right attributes should be given leadership roles.”

The Prelate challenged women in positions of authority to mentor others and as well assist other women to advance in their chosen careers.

“I encourage organizations to improve on their childcare support facilities as lack of childcare and inadequate childcare support from organizations reduces chances of female participation in some career belts. Subjecting women to torture and harassment in workplaces deters them from aspiring to reach their heights. Women empowerment brings in inclusive, fair and balanced society,“ he observed.

Bishop Ibezim also decried the rate of homicides in recent times and the rate at which women kill their husbands for their lovers.

He said that the society must rise against the monster in the form of domestic violence, adding that killing should not be part of problem resolution as it does not end the situation.

The Anglican Bishop of Awka also spoke out against lecturers and teachers in the Tertiary institution who indulge or encourage sex for mark, describing it as blight that undermines collective efforts to bequeath a morally upright society to posterity.

“It is a dangerous phenomena and hydra-headed monster that must be fought to submission. University authorities also should be decisive in dealing with the challenge so as to rid the academic institutions of all undesirable elements,” he concluded.