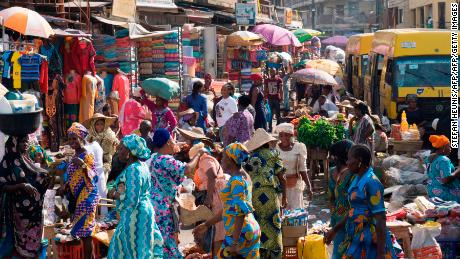 This shows that across regions, young people are disproportionately affected by working poverty. Worldwide, 14% of employed youth lived in extremely poor households in 2018, compared with 7.00% of adults. In other words, younger people were twice likely to be working poor than adults.

But for many however, employment offers a pathway out of poverty, providing enough money for food, clothing and accommodation. For others, it is not enough to make ends meet. Although employed, a lack of formal work, low wages or insufficient hours means their income remains below the poverty line.

While absolute poverty and working poverty rates have fallen, there are still major disparities across age groups, genders and countries. The United Nations International Day for the Eradication of Poverty seems to be offering an annual chance to shine a light on this.

Almost a quarter of the world’s employed were classified as extremely poor or moderately poor, according to the International Labour Organisation (ILO) estimates for 2018.

In Burundi and Madagascar, for instance, around 90% of people fall into one of these two categories, in India or Bangladesh, it’s about half. Meanwhile in most European countries, it’s essentially zero when using the international poverty line.

Policymakers worldwide are grappling to find the most effective ways to help workers that are struggling to make ends meet. And while some countries enjoy well-developed and strong social safety nets, less than half of the global population is covered by at least one social benefit, according to an ILO flagship report.

That means around four billion people are unprotected, with the report noting that coverage for people of working age is limited and that “a number of countries are scaling down protection for men and women of working age as part of fiscal consolidation or austerity policies.”

Persistent working poverty rates underscore the need for social protection systems to help shore up income security. Without proper social security and decent jobs for all, employment alone is not a guarantee against poverty, according to an ILO brief published earlier this year.

“Employment should be a vector to lift people out of poverty, but this is only true if job quality is sufficient,” the brief says. “The relationship between employment and poverty depends greatly on the extent to which decent work is ensured in the labour market.”

Now, that is something for policymakers to reflect upon in order to achieve the first target of Sustainable Development Goal 1, which aims to eradicate extreme poverty by 2030.