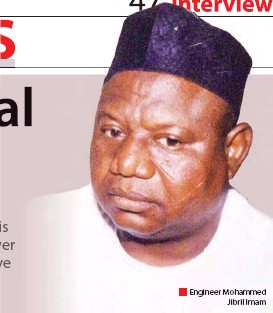 The Niger State Police Command has invited the state Chairman of the All Progressives Congress, Eng Mohammed Jibril Imam and his Executive members over a petition of alleged financial mismanagement against a member of the state working committee.

A letter written by the state financial secretary of the party, Mohammed Idris to the state police commissioner, claimed there were no records for several funds received by the party.

Idris had listed 11 sources through which monies were received but as the financial secretary, alleged he had no records of the expenses and incomes received by the party over time.

Idris said, “As the financial Secretary I have no record of the mentioned income. My duties as contained in the party constitution article 14:8 has been breached. I have been blocked from receiving bank alerts on the transaction of the party”.

Given the allegations, the police had invited the party chairman to appear on Friday 29th May 2020,

However, after an emergency state working committee meeting of the ruling party’s state executives on the issue, a delegation led by the state Secretary Barrister Mohammed Liman was instead sent to meet with the police.

It was gathered that the emergency committee meeting was held to resolve the issue.

Sources revealed that the development may not be unconnected with the not-too-cordial relationship between the state Chairman, Imam and the state governor, Alh. Abubakar Sani Bello.