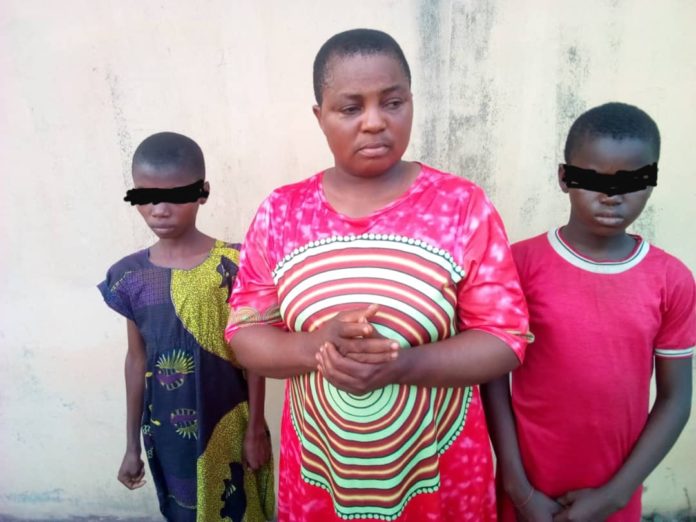 The woman, Ngozi Dike aged 37, who is from Umuaka Town in Imo State, pretends to be afflicted with blindness and uses two girl children namely, Blessing Ezenwanne aged 8, of Oguta Town and Favour Ezeagu aged 11, of Nwari, Ohaji-Egbema both of Imo State, to beg for alms.

A statement by the Police Public Relations Officer in the State, Haruna Mohammed said preliminary investigation revealed that the suspect was not blind as she claimed and that she deceived the parents of the teenage girls that she wants to train them in school, but instead, used them begging.

Police say the case is under investigation after which the suspect will be charged to Court for prosecution.

It further urged parents and guardians to be wary of those they entrust their children in their care so as not to expose them to the danger of any kind.

Meanwhile, the Anambra State Chapter of Joint National Association of Persons with Disabilities (JONAPWD) has commended the Police Command for bursting the alms-begging syndicate and rescuing the innocent children.

The State JONAPWD Chairman, Ugochukwu Okeke who was responding to the arrest of the fake blind woman, regretted that this is one out of the many of such persons operating in the State.

“The woman has contravened Anambra Disability Rights Law 2018, Section 38 Subsection (1) which states that any person without any disability shall not deceptively disguise himself or herself as a person with a disability or use fake condition of disability as a guise for the purpose of begging in public,” he emphasized.