How time flies! It’s one whole year after what looked like a revolution in the political history of Nigeria happened. It was long in coming but not unexpected. Not after the patience of Nigerian voters had become over-tasked. The electoral victory of the main opposition party in the 2015 election however came with un-moderated expectations from the new government led by the stern-looking retired General Muhammadu Buhari. No thanks to his party’s free range promises during the electioneering campaigns.

One year in the saddle; how well has the government performed? The answer differs from commentator to commentator. An undistorted appraisal of a government is hardly given until its demise. What we have witnessed since the 2015 poll is however disheartening as Nigerians in different divides have held tightly to their guns. Objectivity has therefore remained the casualty while the government also suffers the absence of quality opposition.

If truly Nigeria is on our mind and we waited for a complete and dramatic change of methods of doing things which has, over the years, ensured the nation’s growth remained perpetually stunted, the way we, friends and opposition of the new administration, have carried on since last year can only prolong our quest for the attainment of a great Nigeria. It has been a story of two nauseating extremes. The revulsion which the yesterday’s men are showing to those in the saddle for pushing them out of office is palpable. I have heard many members of the main opposition party, the Peoples Democratic Party, and their supporters giving approval to continued corruption which, according to them, guaranteed the crumbs they survived on, for 16 years.

The sudden disappearance of these leftovers from their tables since the coming of the present government without an assurance of a better replacement in no distant time does not help the new Sheriff’s argument of reworking Nigeria towards greater prosperity for all. How much of the myriads of problems which led to the clamour for change in government have either been solved or in the process of being attended to? Realistically speaking, it does not sound to me as an objective question. Querying the performance of the Buhari government cannot be as straight as the question sounds. Or why do we not ask ourselves about the difficulty in putting the old guards, the Peoples Democratic Party, together in one piece one year after losing election?

The roforofo fight which has become the lot of PDP since 2015 poll could, as usual, have been managed as a family affair. Unfortunately, the real deal – power and national treasury – to sustain the family is no more. So it’s a fight to the finish! Nevertheless, the Buhari government has exhibited mediocrity and power shock in the way it has handled certain things. Economy, Information, herdsmen and farmers conflict, etc. How quick the All Progressives Congress (APC) and its office holders come out of the coma of scoring a first in the political history of Nigeria must continue to agitate their minds. It’s obvious the party’s goodwill is fast waning. But we have also witnessed the magic which the trust in the personality of the president by Nigerians is performing. It has been the balancing act in the face of a poorly slow pace of governance.

Vladimir Ilyich Lenin, Russian revolutionary leader and statesman (1870-1924) comes to my mind at this point of revision of the Buhari administration’s one year in office. Lenin led the Russian revolution of 1917, liberating the country from the Tsars. Four years later, celebrating the anniversary of the revolution, Lenin in his speech reminded his kinsmen that the unsolved problems which inspired the revolution should attract their attention even as they celebrate.

According to him, “the best way to celebrate the anniversary of a great revolution is to concentrate attention on its unsolved problems. It is particularly appropriate and necessary to celebrate the revision in this way at a time when we are faced with fundamental problems that the revolution has not yet solved, and when we must master something new from the point of view of what the revolution has accomplished up to now – for the solution of these problems.”

We forget too quickly that in the recent past, Nigerians across board agreed to the fact that corruption is the bane of every wrong thing that has happened to our dear country. At formal and informal fora, we have lamented the primitive acquisition of wealth among the political class which has become a way of life, eating deep into the fabric of our society. But what politics does in our clime is that the most decent among us gets easily demonised the moment he shows interest in political office. Little wonder the best of Nigerians find politics a scary venture. If, like Lenin said, revising the last one year should be a time to master something new from the point of view of what the present government has achieved so far, and fixing our gaze on the unsolved problems so as to get us out of the woods; then the narratives should seize from being a damaging and distracting criticism with a singular objective of another regime change. It does not profit Nigeria if politics of taking over government takes over us immediately a new government is installed. If this is not one of those things that must change in us to order our steps to the real change we desire, I wonder how changing the change can get us to our Eldorado. 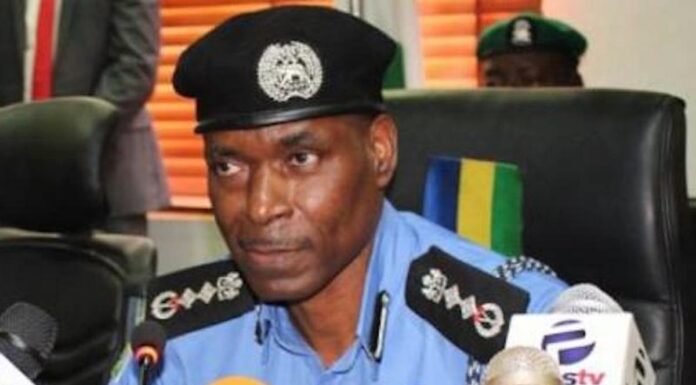