Japanese wrestler Risako Kawai celebrated winning Olympic gold in a jaw-dropping way.
After defeating Belarus’s Maria Mamashuk 3-0 in the women’s 63-kg freestyle, the 21-year-old threw her 53 year old coach, Kazuhito Sakae to the ground.She eventually lifted him up and placed on her shoulders.

It was Japan’s fourth wrestling gold of the Rio Games. 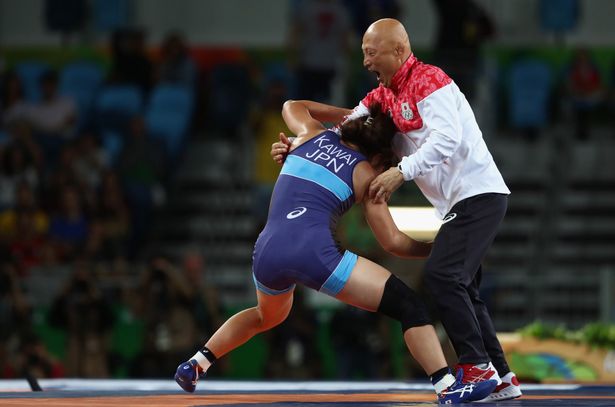 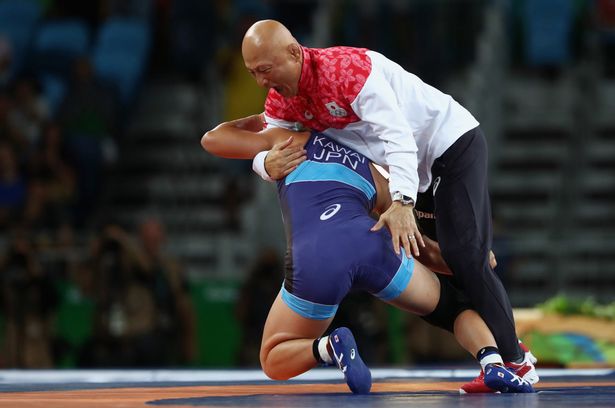 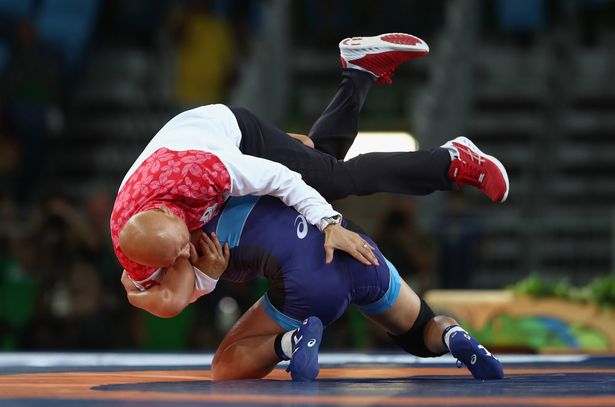 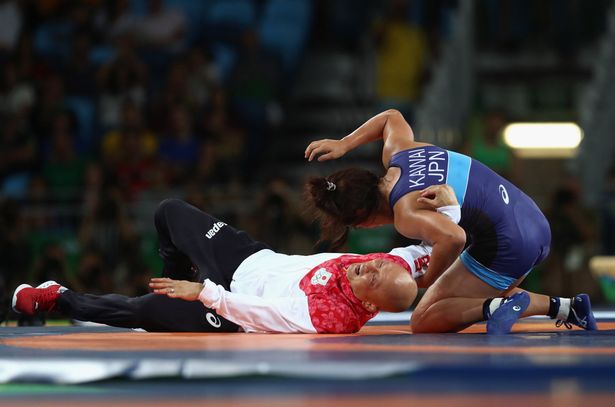 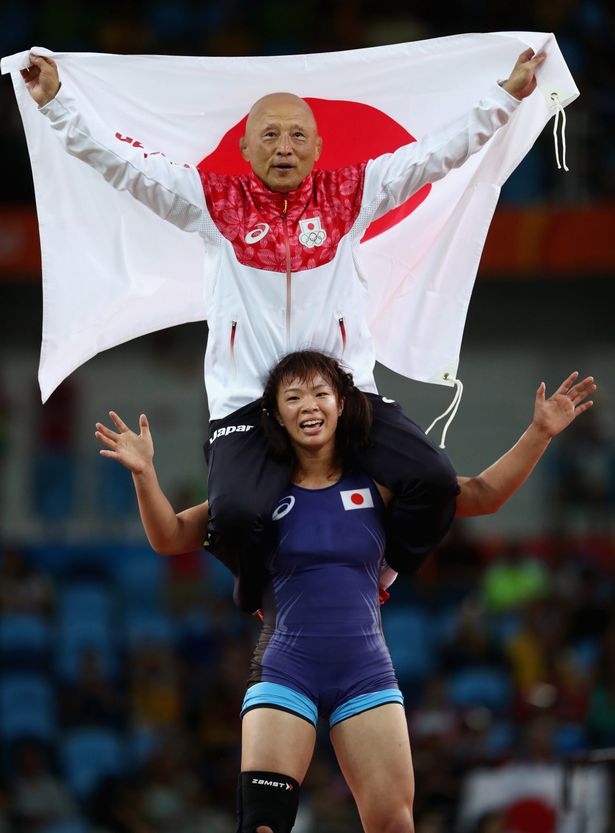