A woman died after being trapped in a burning vehicle on Christiaan de Wet Road at about 6am this morning.

A Ford Fiesta was travelling towards Ontdekkers Road, South Africa, when it veered into oncoming traffic due to the wet road. It is also alleged that the driver was speeding.
It then crashed into a VW Polo as well as a Kia. Both vehicles, the VW Polo and the Ford Fiesta, caught fire. A total of three people managed to get out of the burning cars. The deceased legs were stuck underneath the front seat of the VW Polo and she perished in the fire.

Although the fire station is less than 3km away, it took a fire truck an hour to arrive and when it did, it arrived without water. 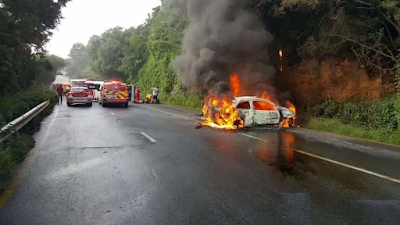 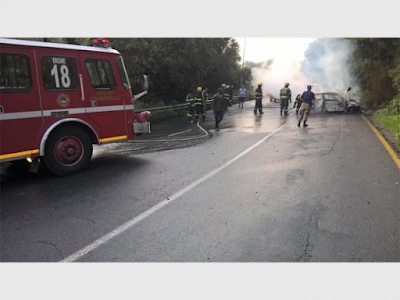