26-year-old Peace OOrukari makes a living as a commercial Keke driver. In an interview with Bodmasnews.com the young woman from Kalama compound, Sabageria Community in Kolokuma/Opokuma Local Government Area of Bayelsa State, said she entered into the business when some Bayelsa Politicians she met for help in regards to her eduction, were demanding sex before they could assist her. 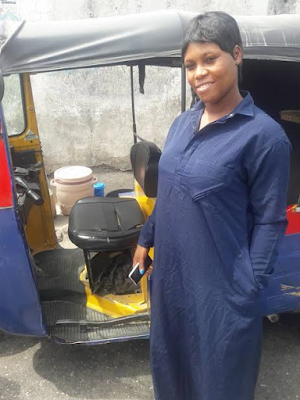 Peace narrated the ordeals that pushed her into where she found herself today, she explained how life was tough for she and her parents, she struggled to finish secondary school selling recharge cards and hawking oranges.

She said when she realised that same fate may befall her younger ones, she doubled her effort and assisted in training them and still supporting them in their educational needs, feeding and others.
Peace said she still lives with her parents and her younger ones and since she went into entrepreneurship, life has been more easy for them.

When asked what pushed her into all of this, she explained that while in secondary school, there were challenges of finance to register for waec and other fees, she then went to some big politicians she knew as community leaders then, but they demanded sex before they could help her, seeing that she could not stoop herself so low, she began hawking oranges and selling recharge cards which she did for about five years, supporting her family with it, seeing that the income was not still enough as she also wanted to further her education to the university, she then met one of her customers who buys cards from her, a keke driver, she pleaded with him to teach her, first he was reluctant but he later did.
After she had learnt, she then made moves to get a “KEKE” where she could submit returns after use, which she did and since then has been driving it.

She further narrated that driving the “KEKE” has helped improve their conditions, her younger ones were now comfortable, they could pay their rent with out difficulty and she was also saving for her education.
When asked the challenges facing while driving the keke, she only said she needed funds to get her own, apart from that, there are no other challenges.

She also possess other skills in sports, she explained she is a very good side 3 left footer in football and also a good player in squashing.

Peace advised Bayelsa girls not to be dependent on anyone but to immediately use the entrepreneurship opportunities in their vicinity. 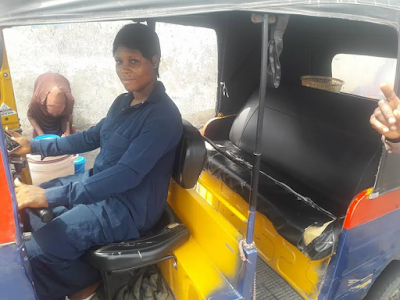 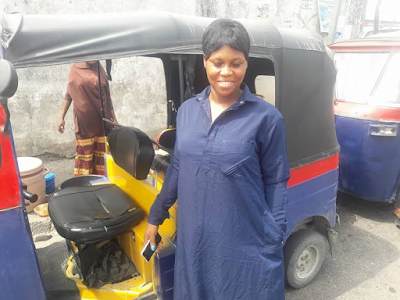 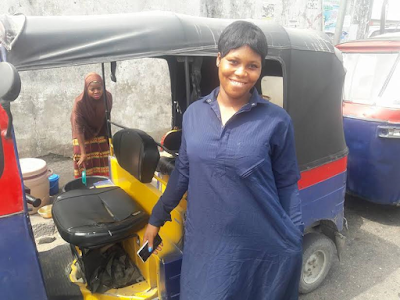