In reaction to the report by the House of Representatives Ad-Hoc Committee set up to investigate activities of alleged fraud in the National Emergency Management Agency, which indicted the Director General, Mustapha Maihaja and the governing board headed by Vice President, Yemi Osinbajo of N33billion fraud, the Peoples Democratic Party (PDP) has challenged Osinbajo to explain his role.

The party said that the Vice President owes it as a personal moral burden, both as a preacher and Professor of law, to directly explain how the fund meant for the well-being of Nigerians suffering in the Northeast, was mismanaged under his supervision, instead of the “lame attempts to dismiss the allegation and divert public attention from the scandal”.

There has been public outcry seeking for the sack of the Director General of NEMA, Maihaja since the shocking revelations made by the House committee which revealed how Prof. Osinbajo, as Acting President, in June 2017, unilaterally pulled N5.8billion, from the Consolidated Revenue Fund of the Federation, purportedly for emergency intervention on food in the North East, which has now turned scandalous.

As a result, the PDP wants Prof. Osinbajo to explain how, according to findings by the House of Representatives, all the six states of the Northeast failed to receive the emergency intervention for food security, for which a major part of the money was claimed to have been expended, under his direct supervision as Chairman of Board of the National Emergency Management Agency (NEMA).

“What has Prof. Osinbajo to say on the revelation at the public hearing conducted by the House of Representatives that there was no evidence the World Food Programme (WFP) received the 5000 metric tons of rice, which NEMA claimed to have bought and donated to WFP for distribution to victims of insurgency in the region?

“What has our Vice President to say to the report indicating that four of the companies that supplied food items to the region financed their projects through N2bn they each received as loan from the Central Bank of Nigeria (CBN)?

“What is his answer to the huge allegations in the public domain that bulk of the money meant for suffering Nigerians in the Northeast was diverted to private pockets of key All Progressives Congress (APC) and the Presidency cabal to finance their wasteful lifestyle?” the PDP queried.

The party in the statement signed by its National Publicity Secretary, Kola Ologbondiyan asked, “if Prof. Osinbajo had no ulterior intentions, why did he pull the money from the Consolidated Revenue Fund of the Federation without recourse to the statutory appropriation of the National Assembly?”

The PDP stated that it holds that the action of the Vice President in “unilaterally approving the release of the money to NEMA, where he also presides as the Chairman of Board is completely self-serving and ostensibly conceived and executed in corrupt intentions.

“Instead of answering to the allegation, Prof. Osinbajo is employing rhetoric to divert attention, claiming that his actions are covered by his apparent abuse of Section 43 of the Procurement Act.” 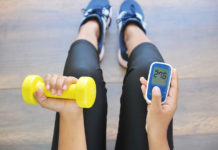