Bamanga Tukur the National Chairman of the Peoples’ Democratic Party said that party is strong enough to contain the harassment of the opposition in whatever form. Firmly, he maintained that the crisis in the PDP is a rejuvenation process.

The National Chairman of the PDP also said that measures were being taken to bring back members of the party that defected to the All Progressives Congress. It is important to mention that thirty seven PDP members of the House of Representatives had decamped to the APC; and more lawmakers, most especially in the Senate are on their way out of the PDP.

Mr Tukur said, “The PDP is at home to contain all forms of harassment by the opposition, either vaunted or intended. If it is a game of numbers in any election, you can always count on it that PDP will win.”

He further stated, “The good thing is that if five people move out of the PDP to another party, even by dint of propaganda, the party takes in more than 500 at a time as replacement. The electorates in Nigeria trust the PDP more than many people are aware of.”

Finally acknowledging the problems in his party, he said, “As the Chairman of the PDP, let me say that we may not be having it smooth at the moment. The party and Mr President are not relenting on holding consultations with the aggrieved members”. 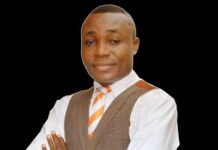