The All Progressives Congress (APC) has described the fresh call by the Peoples Democratic Party (PDP) for President Muhammadu Buhari to resign as “a silly statement  not worth the ink it was written with.

APC urged the opposition party to apologise to Nigerians for years of misrule.
In a statement by its National Secretary, Mai Mala Buni, the ruling party said “instead of the factionalised PDP hiding in shame over mindless looting of the public treasury to build luxury hotels and other properties, they have the gut to cast aspersion on the current administration.”

“The attention of the APC is drawn to the latest ridiculous demand by a faction of the PDP that the administration of President Muhammadu Buhari should return the country to the voodoo economics and reckless fiscal policies it was subjected to during the immediate-past PDP administration.

“Also, PDP’s silly call for the resignation of President Buhari is not worth the ink it was written with. Hence, the APC will not dissipate energy responding.

“The PDP faction, by its demand to return the country to the years where looting of the public treasury was the order of the day, has taken its orchestrated plot to deflect attention from the economic mess it left behind to new insensitive and shameless heights.

“Instead of this charade, we advise the PDP and their cronies to apologise to Nigerians and toe the path of honour by returning public funds stolen under its watch”.

“While the PDP attempts to fraudulently re-write history and misrepresent facts on its misrule of the country, Nigerians are traumatised on a daily basis on disclosures of the startling level of pillage of the country’s commonwealth perpetuated under its watch.”

Meanwhile, Deputy National Publicity Secretary of the ruling All Progressives Congress (APC), Timi Frank has said federal lawmakers owe it a duty to Nigerians to tell President Buhari the truth.

The National Assembly (NASS) is expected to resume plenary on Tuesday, September 20 and Frank insisted the House should not shy away from telling Buhari the “bitter truth” about the economy, even if it will cost some people their jobs.”

In a statement issued yesterday, in Abuja, Frank advised Senate and the House of Representatives to employ the services of experts to rescue the economy from recession.

“I must, at this point in time, tell the NASS leadership not to shy away from telling the executive the bitter truth even if it will cost some ministers and managers of our economy their jobs for the sake of Nigerians and the betterment of our economy,” the statement read.

“In the light of this, I want to support the promise made by Senate President Bukola Saraki, recently that upon resumption, the NASS will make tough recommendations to Mr. President. Nigerians are waiting.

“Senate and the House should employ the services of experts on what to do, urgently, to rescue the nation from recession before it gets to depression, God forbid! Even our opposition lawmakers, at this point, should forget about their political affiliation and join hands with their leadership for the sake of Nigeria because (it is) Nigeria first…” Frank said. 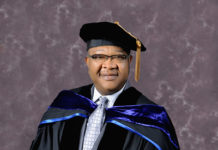