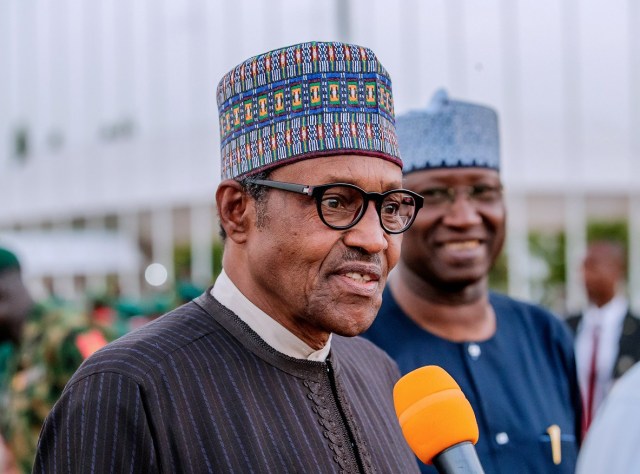 The opposition Peoples Democratic Party (PDP) that is locked in a legal battle to wrestle their alleged ‘’stolen mandate’’ from President Muhammadu Buhari and his party, the All Progressives Congress (APC), has bombed the president and the APC.

According to the party, the Buhari Presidency and the ruling APC are allegedly being tormented by the guilt of violating Nigeria’s electoral processes, and as such, they ‘’can no longer boldly approach the oath book on May 29, due to the burden of illegitimacy and now seeks refuge in the sanctity of June 12, our Democracy Day.’’

The PDP is also lampooning President Buhari for trying to use another promise of true federalism to earn legitimacy for what they described as ‘’a rigged election, a ploy that is dead on arrival, as Nigerians are very much aware that he and his party, the APC, have never shown any commitment towards true federalism.’’

PDP National Publicity Secretary, Kola Ologbondiyan, who made these allegations in a statement in Abuja said, ‘’the Buhari Presidency and the APC from our recent history have demonstrated that they totally averse to democracy. They should therefore steer clear of our Democracy Day, having violated all our democratic ethos in manipulating the Presidential elections and upturning the mandate of the people; the same injustice which Chief MKO Abiola, the symbol of June 12, fought and died for.’’

The party accordingly derided the President Buhari Presidency and the APC for thinking that moving major events of their planned Presidential inauguration from May 29 to June 12, the democracy Day, can confer any form of legitimacy to the outcome of the rigged 2019 Presidential election and also asserted that inviting world leaders to the inauguration cannot confer international recognition for a stolen mandate.

Continuing, PDP said Chief Abiola stood and died for democracy, adding, ‘’any attempt therefore to schedule any event related to the outcome of the rigged 2019 Presidential election on June 12 would be an open desecration of the sanctity of the Democracy day and a direct assault to the sensibilities of Nigerians.’’

Moreover, the PDP rejects what they described as ‘’absurd desperation’’ by the Buhari

Presidency and the APC to allegedly overshadow the import of Democracy Day and stifle the quest by Nigerians to vent their anger against the democratic violations of the APC administration in the last four years.

The PDP counsels the Buhari Presidency to note that trying to seize Democracy Day cannot confer legitimacy to a rigged election, neither can it erase the litany of violations including human rights abuses, assault on democratic institutions, particularly the Legislature and the Judiciary; clamp down on opposition figures, clipping of the media, extra-judicial killings, arbitrary arrests and illegal detention of citizens, and the rigging of the 2019 Presidential election.

PDP said they want the Buhari Presidency and the APC to understand that what is paramount to majority of Nigerians is the retrieval of the stolen mandate, which they freely gave to Atiku Abubakar, at the tribunal so that Nigeria can enjoy the values of freedom, justice, fairness and equity embedded in our constitutional democracy.

They therefore charged Buhari and the APC to stop posturing as if they truly have the mandate of Nigerians for a second tenure in the Presidency after rigging the 2019 Presidential election won by Atiku.

The party claimed that Nigerians have already bought into Atiku’s blueprint for governance, particularly his manifest genuine commitment towards the implementation of true federalism and cannot fall for empty promises by President Buhari and the APC.

‘’President Buhari ought to have known that Nigerians have seen through APC’s empty promises and beguilements and as such, cannot jettison the presidential mandate they gave to Atiku, who they know have the commitment and will power to implement true federalism in our country, when he retrieves his mandate at the courts.

‘’Nigerians have not forgotten how President Buhari in his 2018 New Year address, rejected the idea of restructuring, by declaring that When all the aggregates of nationwide opinions are considered, my firm view is that our problems are more to do with process than structure.

‘’They can also recall how on June 9, 2017, the Minister of Information, Lai Mohammed, in a Radio Nigeria (FRCN) interview programme, had stated that restructuring is not President Buhari’s priority. Nigerians can also recall how the Kaduna State governor, Malam Nasir el-Rufai, on June 29, 2017, during an interview on Channels TV, denied that the APC promised restructuring and described Nigerians, who are taking his party to task on the issue, as political opportunists and irresponsible people.

‘’Our citizens have not forgotten to hell with restructuring, outburst of Borno state governor, Kashim Shettima, a statement that captures the mindset of the totality of APC leaders towards true federalism and restructuring.

‘’The PDP therefore counsels President Buhari’s handlers to help him use the remaining part of this tenure to find solutions for the problems caused by his incompetent administration, instead of engaging in unnecessary acceptance shopping mechanisms for a rigged 2019 presidential election.

‘’Nigerians are determined that Atiku will retrieve his stolen mandate at the court and they look up to him for a transparent, honest and purposeful administration, committed to repositioning our nation, including building institutions that will engender true federalism, good governance, national cohesion and economic prosperity in our nation’’, the PDP said.