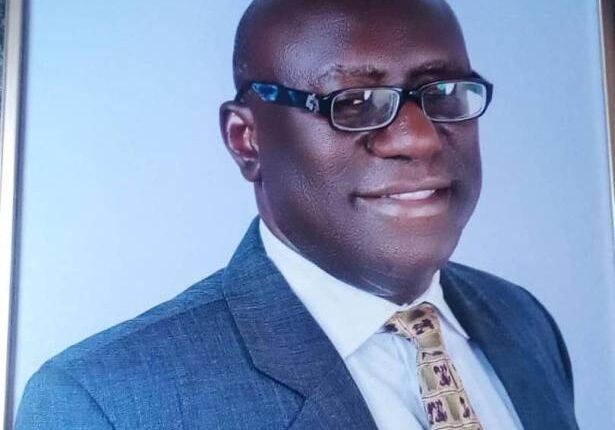 People living in Anambra State may not always appreciate the uniqueness of the state since the last few years until they hear stories of what happens elsewhere or, better, travel out of the state. As you arrive in the state from a travel which made you traverse, say, five states, you would think you are in another country, in the words of Okey Ndibe, the famous novelist, journalist, columnist, social critic, professor of literature and African studies in the United States.

On Sunday, December 20, Okey, my closest childhood friend, and I set out from Lagos by road at 8.15am and arrived in Anambra State around 9pm, a whole 13 hours later. This journey would have in a normal circumstance lasted not more than six hours, even during the Christmas season when millions of Nigerians travel to the Eastern part of the country from all over the world. The road from Lagos is generally good, except the Lakwe stretch on the Lekki Peninsula to Epe, both in Lagos State, a result of the heavy and sustained rainfalls which created potholes everywhere and turned existing potholes into craters; the rains stopped only in mid-November.

In Anambra State, the rains not just created potholes and craters but also a number of erosion sites. With some active 967 erosion sites prior to the 2020 rainy season, Anambra State now has over 1,000 active erosion sites, consolidating its status as Africa’s erosion capital. It cost the state government over three billion naira (N3bn) to arrest the gully erosion on 100 Foot Road in Nnewi and a little less than this amount to control another site in Onitsha, both this year. As has been stated often, the erosion menace is Anambra State is beyond the capacity of any state government in the country. This is a story for another day.

When Okey and I got to Ore in Ondo State, after a gruelling six hours, I quickly sent a text message to the Police Public Relations Officer, Frank Mba, a very efficient worker who has just been promoted to Commissioner of Police at a young age. He promised to take the necessary steps. A slightly modified message was sent to the Minister of Works and Housing, Babatunde Fashola, who immediately forwarded it to the Inspector General and the Corps Marshall of the Federal Road Safety Corps. The Corps Marshall responded quickly and enthusiastically, providing a detailed explanation of how he had approached both the head of the police force and the Chief of Defence Staff on how to decongest the roads during the Christmas and New Year season. There are government officers keenly interested to work for the common good.

As adumbrated, the extraordinarily long journey last Sunday from Lagos to Awka had little to do with the state of the roads but with a human element: the ubiquity of the policemen and soldiers in Ondo, Edo and Delta states with their road blocks made up of large logs of wood, drums, sticks, planks, timbers and tyres, thus creating the impression that these states are in a war zone. The queues created by the uncountable road blocks stretched up to two kilometres in some places, with vehicles snaking in them for half an hour in each stance.

The ubiquitous and unsightly road blocks came about in 2019 when kidnappers became active on the Ondo-Edo stretch of the Shagamu-Benin City highway. The security agencies responded by deploying large numbers of policemen, assisted by soldiers, on this stretch of the extremely busy expressway. Since then there has been no single kidnapping. Therefore, the road blocks should give way to patrol teams, especially during festive seasons. The countless road blocks, consisting of timbers, planks, tyres and drums, manned by unfriendly soldiers and mobile policemen, cannot aid the ease of doing business in Nigeria. Nor can it enhance tourism, the world’s largest employer of labour.

It is time for both the Federal Government and various state governments to look in the Anambra direction in the fight against violent crime. They should employ technology in fighting crime, as Anambra has done. Anambra State stunned the nation in October, 2019, when it became the first place in Africa to acquire super smart surveillance cameras developed by of the Cambridge Innovation Centre in the United States, the state of the art technology used to detect the bombers of the Boston Marathon in April, 2013. No wonder, Anambr remains the safest place in West Africa. The result is all there today for everyone to see. It is regrettable that even Nigerian citizens and groups pushing for what they call regional security outfits are still not yet thinking of going the Anambra way in terms of recognizing the close correlation between technology and crime fighting in the modern world.

Anambra’s uniqueness became axiomatic on Sunday immediately Okey and I entered Onitsha from Asaba, the Delta state capital. The dual carriage way which connects Asaba and Onitsha has been developed into eight-lanes at the Onitsha end by the state government, complete with street lights which work very well. Everywhere was orderly. At Ogidi, the hometown of Chinua Achebe, Africa’s greatest raconteur and most read writer, we were compelled to turn left and follow the Old Onitsha-Enugu Road because the Onitsha-Enugu Highway is in a shambles, though reconstruction is going on. The old road, a single lane, is a federal road nicely maintained over the years by the Anambra State government.

From Onitsha to Awka, a distance of 60 kilometres, was properly lit. We saw no road blocks, no queues and no soldiers. Not even a checkpoint. We saw a lone police patrol team in a white Innoson vehicle produced in Nnewi, Anambra State. It did not bother to stop any persons. Petrol stations were open, just like supermarkets, restaurants, grocery shops and drinking joints. We saw men and women, old and young, holding each other as they were walking, talking, smiling and laughing heartily. They were happy people.

Travelling from Lagos to Awka by road is an eye opener. You feel you have entered another country once you reach Anambra State. If nothing else, the experience makes you proud to come from Anambra State, a state now living up to its reputation as the Light of the Nation. God bless our dear state.