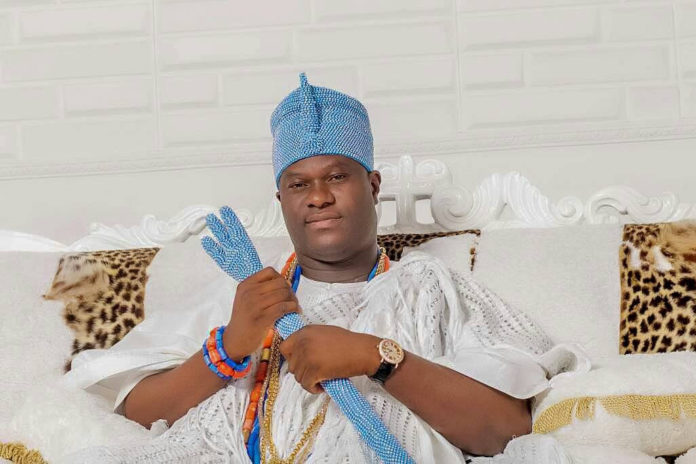 The Ooni of Ife, Adeyeye Enitan Ogunwusi, about 25 African-Americans from United States and some other dignitaries from all walks of life are billed to be in Anambra State to grace the Eri Festival.

The African-Americans, according to the traditional ruler of Eri Kingdom of Enugwu Aguleri community, Eze Chukwuemeka Eri, are those who have traced their roots to the Igbo racefollowing DNA test. He pointed out that the visitors will be taken to the Aganabo Ezu n’ezu Omamala Confluence to pay homage to Eri, the father of the Igbo race.

The Eri Festival / Olili-Obibia-Eri is however, an ancient festival celebrated by Eri kings. This remarkable festival has been observed from the ancient times on the 8th native/Igbo month of the year, onwa-isato, in memory of Eri’s journey and subsequent settlement

Eze Eri has also explained why Ndigbo live and do business all over the world. According to him, it is a blessing they inherited from their fore father known as Eri who was said to have migrated from Israel and landed at Aganabo Ezu n’ezu Omamala River Confluence.

The Eri monarch was speaking on their preparation for the three-day annual festival. Flanked by his Council of Chiefs: Chief Osita Chinwwuba, Odum Obi, Chief Gilbert Ogii, and others the monarch described the festival as a time when the entire Igbo race converge to remember and celebrate their fore father, adding that the palace has lined up interesting events for this year’sedition of the festival holding this weekend.

‘’We have received over 200 African-Americans who traced their roots to the Igboland. They come in batches every year. This year about 25 are coming’’, he said.

Collaborating, Chairman of the Planning Committee Chief Rommy Ezeonwuka said the festival provides Ndigbo a unique opportunity to trace their roots and unite with their ancestors, assuring that everything is in good shape for the event.

Iduu Obu-Gad Palace in Enugwu Aguleri is the seat of the ancient Eri kingdom, which has held a theocratic or religious sway over all Igbo land and beyond. The Igbo people are ancient in their origin and are known as Ndigbo.

Eze Chukwuemeka Eri, Ezeora 34th is a direct descendant of Eri and his Obu-Gad palace is the base of the Eri priestly sect. This priestly sect carried out the functions of the coronation of kings and purification ceremonies in Igbo land.

He is the Eze Odinani Aguleri and present occupant of the throne of Eri.

it’s dynasty Ezeora is one of the oldest dynasties in Nigeria. The kingdom is boasting of producing over 34 kings of Aguleri up to the 18th century, and is still doing so.

The Ezu-Anambra River Basin, the cradle of Igbo civilisation, witnessed the establishment of Iduu Eri kingdom from where waves of Igbo migrants fanned out to the North, the South, the East and the West of Nigeria, founding new settlements and linking up with their kith and kin within and beyond.