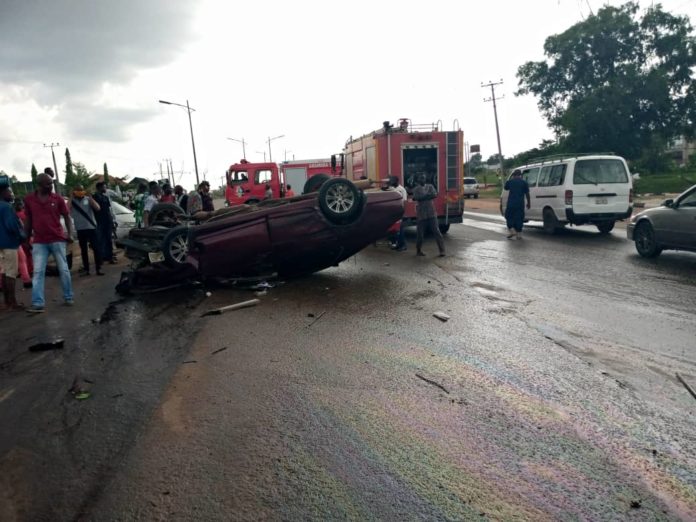 A lone accident which took place in Anambra State Capital, Awka, has resulted in the death of one person.

An eye witness said the car was overspeeding when all of a sudden, the driver saw a man crossing the road.

The driver it was gathered, had applied brakes too sudden, resulting in the car somersaulting. 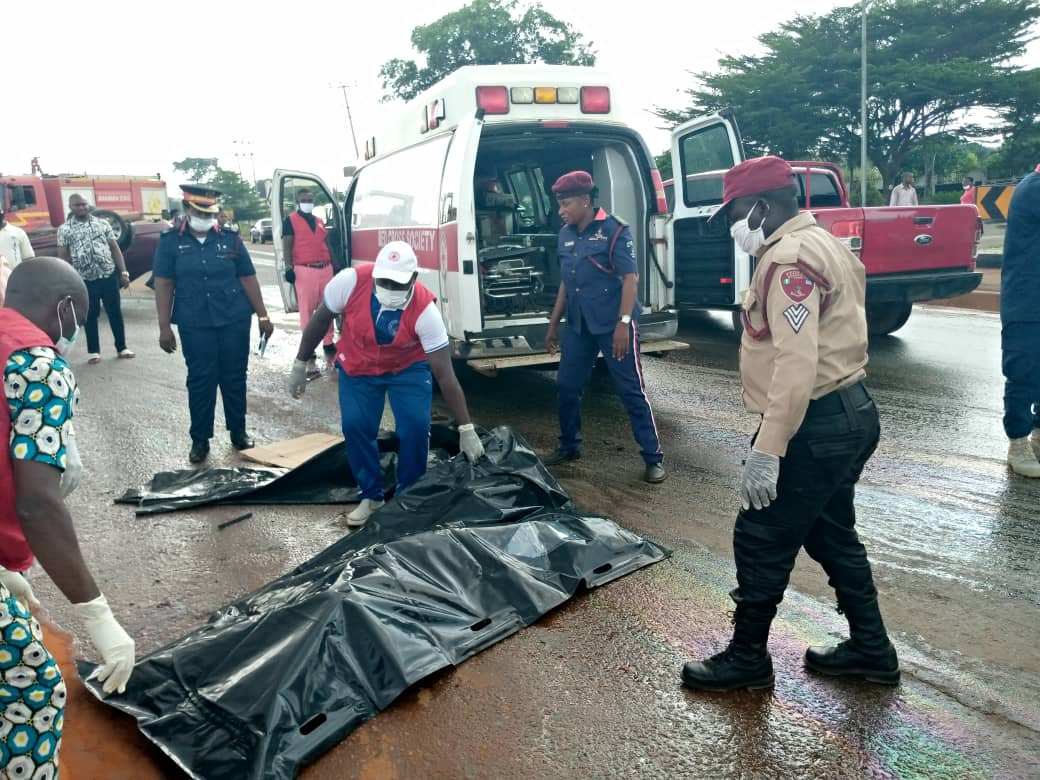 He further confirmed that the accident was reportedly caused by over-speeding, adding that the dead victim has been taken to the morgue by the Red Cross Society.

“The Sector Commander, CC Andrew A. Kumapayi condoles with the family of the dead. He admonishes motorists to always drive with common sense speed limits and within stipulated speed limits, especially within built-up areas,” Anigbo concluded.