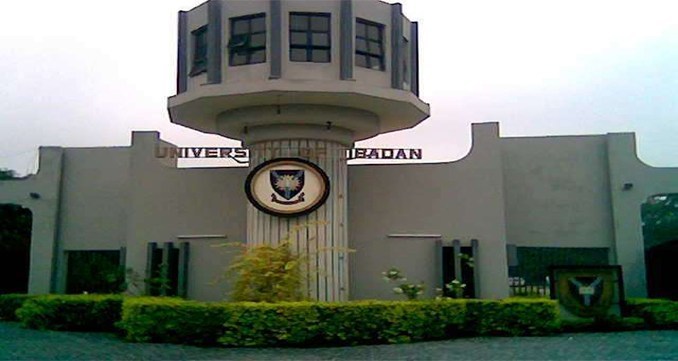 Over two months; appeal, invocation, adjuration and prostration could not pacify the angry lions of the premier university as people call for the reversal of four-semester suspension of the president of the students’ union government. What was his offence? So asked by an ardent reader and adjunct professor at the university of Belize who left Nigeria in 1985 for greener pasture during our online conversation.

The students he represent were denied identity cards for two sessions despite payment of fees and as the president of the union, the congress demanded for a peaceful protest to convey their message to the school management and also raised critical issues such as decay infrastructures, unstable power and water supply. The protest was peaceful but the response was violent. The union was suspended and two years later, the disciplinary committee chaired by Prof. Idowu Olayinka issued four-semester suspension to the President of the union. Did they expel, arrest or suspend people (staffs) in charge of production of identity cards too? This is not the Nigeria you left in 1985, I humbly said to him.

A shepherd who walks into the den of lions to demand for the freedom of entrapped or devoured ones does that at his own risk. If the shepherd wears the best armour and possess rare skills of defense, he would only be able to rescue sheeps and save himself from hurt if the entrapped ones are truly ready for freedom at any cost. It is never in the agenda of these lions to discuss the liberation and freedom of the sheeps. It is sad that we live in a nation that empowers lions at the detriment of sheeps but it is severe that sheeps put shepherd in troubles due to their inability to look at lions face and say to them “enough is enough”.

Whenever I look at victimized students, I see emotionally battered and compressed uprights overwhelmed by the handwriting of caterpillars (apology to Senator Dino Melaye). I was once a victim of these caterpillars who would stop at nothing to preserve their leakages. I could remember four years ago, I was arrested, detained and nearly prosecuted by the Federal Polytechnic Ede management under the leadership of Builder Patrick Hussein because I wrote a piece and pasted it at strategic places in the campus.

Together with a friend, I called for the reversal of #5000 late payment fee and I was arrested by school cadets, spent a night at the cadets base and was later transferred to OSOGBO. Out of all ugly scenarios, the denial by faculty presidents I have close relationships with and the irritating display of power drunk by Mr. Salaudeen nearly consumed me. He boasted that I would spend a year inside prison with hardened criminals and my life would be shattered. I looked at his eyes, I saw the redness in his eyes and insatiable appetite to destroy young ones.

I stepped back a little and pondered on the type of labour system we operate in Nigeria that allows butchers as teachers in schools. Power is transient and temporal. I was eventually released from police net and he did not spend more than 6 months neither was he prompted to top office. The Chief security officer who wrote five pages of statements at the police station lost his job too and their boss is battling with Economic and Financial Crime Commission. God ended the tenure with shame. Only God gives power and we should be considerate with its usage. This is a message for caterpillars of Nigeria schools especially the premier university of character.

There is a sad affinity in our schools. No school is free from these caterpillars and butchers who are hellbent and pesky in decisions that ruin lives. Several students have been suspended, expelled and rusticated from schools. Some students did not steal nor commit examination malpractice. Kunle Adebajo was suspended because he expressed his opinion about the state of halls of residence in the premier university, Femi Adeyeye; a student of University of Lagos was expelled over a critical Facebook post and numbers of students have been suspended and expelled over facebook posts in Nigeria schools.

The sad affinity in our schools I am talking about is in play; caterpillars come together and send away students they feel too demanding. Many engineers, doctors and chemists that would have contributed new inventions towards the growth of this nation have joined civil societies because they were witch-hunted and victimized by these caterpillars. I watched a movie titled “Tyrant” and I see another “ma’an” under discovery. In this movie, the country “Ma’an” was ruled by a military dictator who was mentally unstable and emotionally disturbed. Permit me to focus on the situation of things inside the palace of this military dictator than the whole movie. It was a grievous offence for aides who live inside the house to watch TV or discuss social issues. Like the palace of “Ma’an dictator, like university of Ibadan. Students dare not complain about non-availability of school ID cards not to talk of unstable power and water supply in halls of residence, they will dance without tunes.

Two years later, caterpillars of the premier university were not satisfied with the suspension of union activities, they have suspended the students’ union president for leading a protest ratified by the congress of the union. Who is this small boy to lead a protest against my administration? He has no beards and too small to sit down with me for conversation. Just like the military dictator in Tyrant who could not sit down with Imran Rasheed, the office of the student’s union president was subjected to ridicule because students elected a small boy without beards yet these students only rant on closed WhatsApp groups and it ended like that. Just like the people of Ma’an, these students dare not write solidarity their Facebook status due to fear of victimization and intimidation. They all want to finish school and join others to expand the colony of unemployed ones. What a sad nation.

It was a collective decision to protest but the aftermath of protest has changed the tune of majority to minority. I was surprised that students could resume back into academic activities inspite the closure of the SUG building over peaceful protest. They went ahead to suspend the union’s president yet nothing happened. Till today, university of Ibadan has started another session and the congress of the students has not decided to protest for the reinstatement of suspended officials. Will association of Nigeria students fight in a school whose soldiers are not ready for war? As students of the school commence a new session, Ojo Aderemi opted in for court to resolve matters and had his first court session two days ago which was only attended by three people. A society that promotes wickedness is Nigeria.

I have assurances that they will get justice in the court but I pray that these caterpillars respect court’s verdict. Power is transient and temporal. There are stories of powerful people in the past who allowed the wealth and power to control them and their sorrowful exits are always available for us to read about. No one overwhelmed with power has ever landed well in the history of humans. I can not advise students’ union president of schools to be figureheads and watch helplessly as management implement anti-students policies yet I can not ask them to face these caterpillars in Nigeria institutions but all what I know is we all have blank sheets that would be filled by our works.

That my sons and daughters may pass through same ugly experience I survived is a memory I can’t bear.

Lawal Sodiq Adewale (Apagunpote Olayimika Chocomilo) is a freelance opinion writer and can be contacted via adewale858@gmail.com or 08164411922.