Tuesday, February 18, 2020
The News Chronicle
Home Entertainment Celebs Nollywood Actress Iyabo Ojo Turns Iya Alamala And Says She Sold Her...
Share
Facebook
Twitter
Google+
Pinterest
WhatsApp
Nollywood actress, Iyabo Ojo, recently ventured into the food business in an Interview with Saturday beats Clarifies to her fans where and how she was able to get the start up capital. 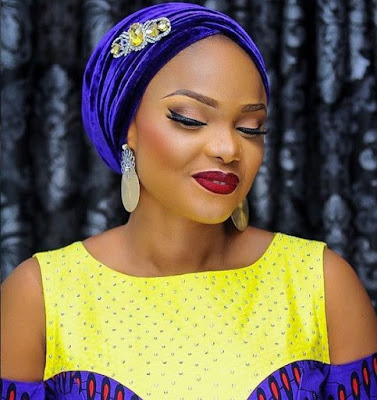 Reacting to the speculations that she borrowed money to start up her N200 million Lekki Amala spot, the actress claimed that she had to sell some of her landed property and also her jewellery in order to achieve her dream.

“I did not collect a loan to open my business, I saved. I had been planning to open this place for a very long time, so I had been saving. When I wanted to get my new office building, I sold some of my property. I sold almost all my gold if not everything. During that time, I sold one batch and when I needed more money, I sold the rest. I told myself to forget about gold for now because I know that I can make the money back later. With the support of good people as well, I was able to get my office building. The first lady of Kwara State who came to inaugurate the building supported me. Some of my godparents also supported me because I told them that I wanted to sell amala,” she said.

Apparently, her new found love would eat much of her time if she wants the business to survive but during the course of chatting with Saturday Beats, the actress said that she has everything figured out.

She further said that selling amala can never make her quit acting. “I can never quit my career for anything. I am a very organised person. When you are organised, you plan ahead. My life is planned and that has helped me a lot.

Ojo who jokingly said that people now refer to her as ‘Iya alamala’ (amala seller) said that she is not ashamed to sell food some people perceive to be local.

“I am a local chic. I made a name for myself by acting in my local dialect which is the Yoruba language and in our culture, amala is the in-thing. I am proud to be selling amala because that is my culture. A Chinese man cannot be ashamed of owning a Chinese restaurant. What I did was that I brought something perceived to be local to the Island and I made it look posh. When something is local, it does not mean that it is dirty. People really long to eat amala and I am not ashamed to be selling it.

I opened the Abula Spot because I noticed that on the Island, they do not really have anywhere you could go to get the local dish unlike the way we do on the mainland.

How to get rid of that jet lag

How long can you store bread?

A Wicked Weekend in Abuja

“Mambilla Power Project will solve the problem of insecurity…” – Aaron Artimas, SA, Media and Communications to the Minister of Power

I have the video; Nigerians have you watched it?

No Government Financial Transaction Will Be Done In Secret, President Buhari...

February 18, 2020
Newschronicles is your news, entertainment, music fashion website. We provide you with the latest breaking news and videos straight from the entertainment industry.
Contact us: info@thenews-chronicle.com