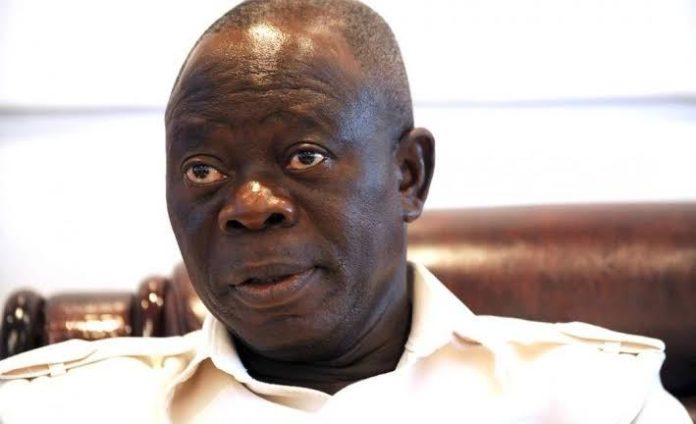 Embattled Chairman of the All Progressives Congress (APC) Adams Oshiomhole has said there is no crisis within the party’s National Working Committee (NWC).

Oshiomhole disclosed this during APC’s NWC at the party’s National Secretariat in Abuja.

The APC National Chairman, who confirmed that he was dragged to court, said such “was one of the tenets of democracy and we will bounce back.”

Recall that some aggrieved party members dragged Oshiomhole to court in a bid to remove him from office.

A Federal Capital Territory (FCT), High Court had ordered him to stop parading himself as national Chairman pending the determination of a suit seeking to remove him as APC Chairman.

Following the suit filed, Justice Danladi Senchi had ordered an interim injunction suspending Oshiomhole as National Chairman and ordered him to stay away from the party’s secretariat.

The court’s order was, however, vacated by a Federal High Court in Kano State which also ordered operatives of the Department of State Services, DSS, and other security agencies to ensure Oshiomhole resumes his duties.

But, the Court of Appeal on Monday stayed the execution order of a High Court restraining Oshiomhole from further acting as APC National Chairman.

However, another FCT High Court had also granted an interim, permitting Victor Giadom, acting National Secretary of APC to act as the party’s National Chairman. 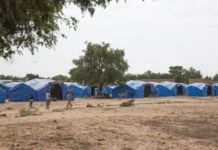