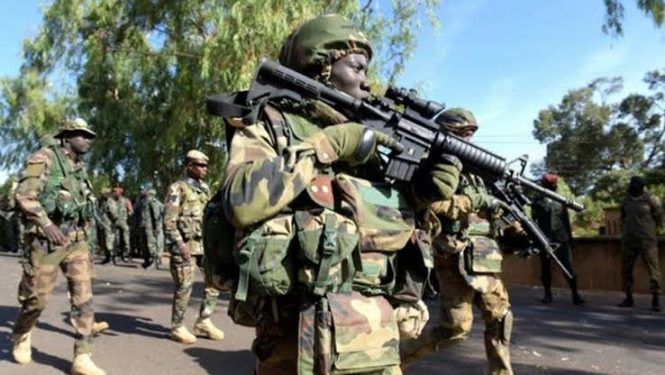 Nigeria’s military burned down villages and forcibly displaced hundreds of people in its fight against Islamist insurgents in the country’s northeast, rights group Amnesty International alleged on Friday.

Nigeria’s military, which has frequently been accused of human rights abuses in its decade-long fight against Boko Haram and more recently Islamic State’s West African branch, said in a statement that Amnesty’s report had been falsified.

Previous allegations have sparked investigations by the International Criminal Court in the Hague and hampered Nigeria’s ability to purchase arms, a source of frustration for its military’s leaders. However, convictions of soldiers have been rare and the military has repeatedly denied wrongdoing.

In the latest allegations, Amnesty said Nigerian soldiers razed three villages after forcing hundreds of men and women to leave their homes in the northeastern state of Borno in January.

The human rights group said it interviewed 12 victims and reviewed satellite images that showed several large fires in the area and almost every structure razed.

Residents described soldiers going house to house and rounding people up, then making them walk to a main road and board trucks, it said.

“We saw our houses go into flames,” a woman of around 70 told Amnesty. “We all started crying.”

The trucks took more than 400 people to a camp for people displaced by the conflict in Maiduguri, the main city in the region.

Soldiers also detained six men, beating some of them, and held them for almost a month before releasing them without charge on Jan. 30, Amnesty said.

It cited Nigerian Army statements from the time that said six Boko Haram suspects had been captured and hundreds of captives freed from the militants.

“They say they saved us from Boko Haram, but it’s a lie,” said one man aged roughly 65, according to Amnesty. “Boko Haram isn’t coming to our village.”

A military spokesman denied the allegations in a statement on Friday, saying Amnesty had launched “a campaign of calumny targeting the Nigerian military” and accused the group of supporting the insurgents, who it blamed for burning villages.

Civilians were evacuated from the line of fire during combat, the spokesman said.

Three residents from two of the affected villages, now living in Maiduguri, described to Reuters the same events as in the rights group’s report.

“The soldiers called us Boko Haram and set our houses ablaze, before evacuating all of us,” one of the residents said.