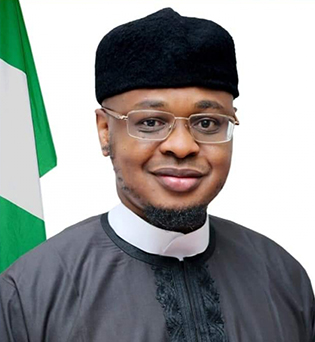 The ongoing National Identification Number (NIN) and Subscriber Identity Module (SIM) integration exercise has been extended by 8 weeks, with a new deadline of April 6, 2021.

This development was conveyed by the Minister of Communications and Digital Economy, Dr. Isa Ali Ibrahim (Pantami) during the meeting of the Ministerial Taskforce on NIN-SIM registration held on February 1, 2021.

Pantami stated that the extension is to give Nigerians and legal residents more time to integrate their NIN with the SIM.

During the meeting, it was reported that a total of 56.18 million NINs have been collected by the mobile network operators. Each NIN is usually tied to an average of 3 to 4 SIMs and this infers that the current figure accounts for a significant portion of the existing SIMs. This number of NINs collected represents a significant increase when compared with the 47.8 million reported by the Technical Committee on January 18, 2021.

Furthermore, over 1, 060 registration centres for NIN have been activated and made operational by NIMC across the country, while Mobile Network Operators (MNOs) have opened hundreds of centres and are rapidly deploying resources to open thousands of other NIN enrolment centres across states of the country.

Pantami reiterated the need for Nigerians and legal residents, who are yet to register for the NIN, to be diligent and take advantage of the extension to enrol for their NIN and link with their SIMs. It would be recalled that the 4th of February, 2020 was the initial date of the commencement of the National NIN-SIM Registration Policy.

The minister implored applicants to follow the safety guidelines at all the NIN enrolment centers and ensure compliance with the booking system in place. This protocol is in line with the Executive Order on COVID-19 2020 signed by President Muhammadu Buhari on the 27th of January 2021, in keeping with the provisions of the Quarantine Act 2004.

It is imperative to note that Sections 27 and 29 of the NIMC Act 2007 provides for the mandatory use of NIN for transactions, including application and issuance of a passport, opening of personal bank accounts, purchase of insurance policies, voter registration, obtaining credit, among others.

However, the extension of the linkage has generated controversies on social media as some Nigerians have made a mockery of the Federal Government, noting that the administration has never been serious with anything and this exercise is not an exception.

Below are some reactions from Nigerians:

Chinwendu Sunday – This country is not serious. I know dey will not block anything..you people should allow us to register new sim for Christ sake

Balogun Oyinloye Oyeyemi – Y’all wanted to put people on panic button… Jokes on you! I wasn’t interested in registering for any stupid NIN! Told you that you’d lose this battle cause people give to these useless network providers! It’s not as if they’re paying us back! Make sure you extend it till 2050 cause some of us never get time now! Also, think about it this way, you won’t communicate to people during elections because you decided to savage their SIM cards! God help you all doing the evil biddings!