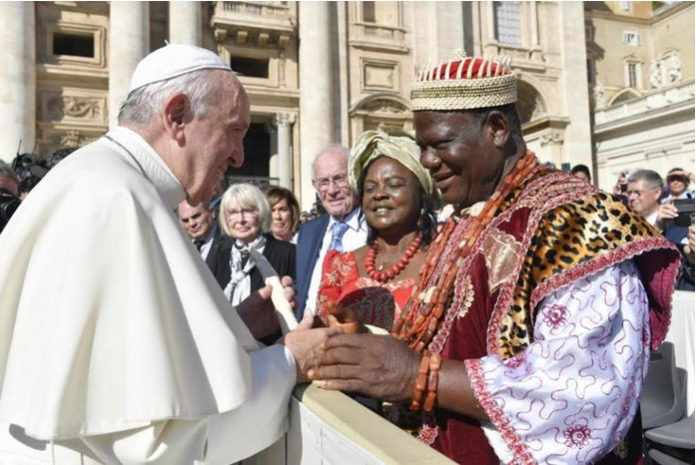 The traditional ruler of Nawgu Kingdom in Anambra State, Nigeria, his Royal Highness Igwe George Okaa-Onwuogu met with the leader of the Catholic Church, Pope Francis and presented him an African tusk.

Igwe George Okaa-Onwuogu was pictured paying his respects to the Catholic Supreme Pontiff at the Vatican.

During the meeting, Igwe Okaa-Onwuogu, clad in his traditional regalia and accompanied by his wife who was also dressed in traditional attire, is seen presenting an African tusk to Pope Francis.

Igwe Okaa-Onwuogu was later admitted to the inner rooms of the Vatican City as the African Cultural Ambassador to meet with Francis Cardinal Arinze, the highest-ranking Nigerian at the Vatican City.