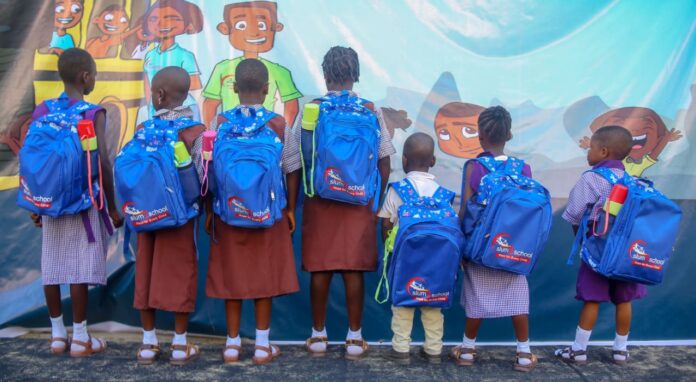 By the turn of this 2020, the number of out-of-school children in Nigeria is expected to hit over 26 million.

Slum2School, a volunteer-driven development organisation that is transforming the society by empowering underserved children in slums and remote communities with quality education says in 2019, the number of out-of-school children in the country stood at over 16 million.

‘’In 2020 more than 10 million children will be added to that number due to the unprecedented COVID-19 pandemic. Those most hit by the consequences of the pandemic are those from low-income families, exposing the grievous education divide in Nigeria’’, the group said.

Continuing, Slum2School says as children in rural and underserved communities across Nigeria halted school due to lack of resources, ‘’children from privileged families swiftly moved to online classes and learning.

‘’For the families that earn less than $1.00 per day, the reality of staying at home is the loss of an academic year, dropping out-of-school permanently to earn a living, and a renewed cycle of poverty brought on by the harsh economy.’’

In celebrating Universal Children’s Day on November 20, the group said it recognises, that education is an important tool that can be used to empower a generation, an economy, a nation.

According to it, ‘’education is a strong tool for economic advancement, when a society produces educated citizens they contribute to the field of science, technology, science, and literature.

‘’November 20 marked the internationally celebrated Universal Children’s Day, a celebration that began more than 60 years ago in 1954. This observance, set aside by the United Nations, gave us the opportunity to celebrate the togetherness of children and their right to basic welfare. The theme of this year’s celebration was Investing in our future means investing in our children.

‘’The Universal Children’s Day celebration marked a significant milestone in the field of child welfare, a day in which the UN General Assembly implemented the declaration and convention of children’s rights. These rights and conventions include the right to be protected from any form of violence and discrimination as well as a right to education, life, and health.’’

According to UNICEF, Nigeria ranks 11th on the prevalence of child marriage worldwide and ranks 3rd for the highest number of child brides in the world.

This occurrence happens mostly in the North-West (68%) and North-East (57%) of Nigeria where most of the child brides are married off before their 18th birthday.

This pervasive culture is brought on by illiteracy and in some cases political and economic selfishness of parents to increase alliance with rich families.

In some other contexts, unreasonable gender norms contribute to the number of out-of-school children in Nigeria, which views the girl child as unequal to the other sex, and most importantly poverty.

Apart from using underage children as housemaids or houseboys, Nigeria, Slum2School says, has one of the worst forms of child labor that sees children below the age of 18 recruited into commercial sex work, street-hawking, armed conflict, armed robbery, cocoa farming, forced begging, street work, and quarrying granite and gravel.

‘’As of 2019, it was recorded that more than 43% of children in Nigeria were involved in one type of child labor to the other, even though it is banned internationally. More than 15 million children living in Nigeria are currently child workers, the highest record in West Africa.

‘’Furthermore, because Nigeria does not legally demand that every child be educated, class attendance is of no importance. Hence, most children born into disadvantaged families end up being uneducated and grow to be unskilled laborers even in adulthood.