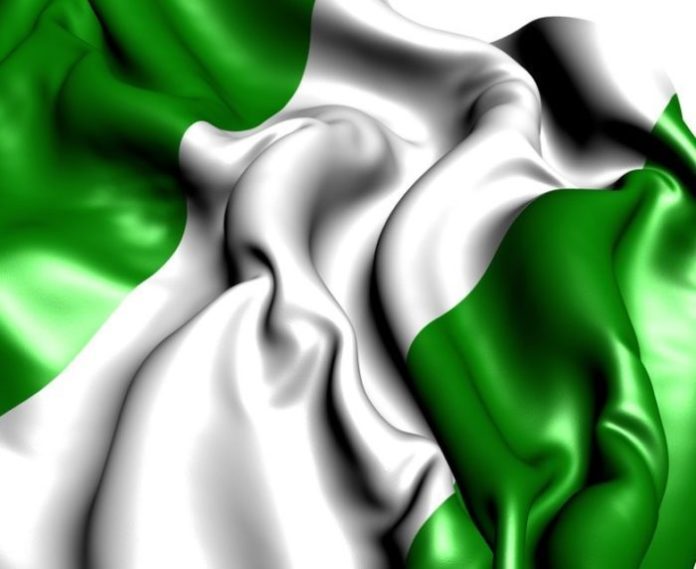 Nigeria is standing on the edge of a dangerous cliff. It is just a matter of time before it tips over. Rather than the current emotional and politically driven call for a “Revolution”, we all really need to calmly analyse and situate the cause(s) of our problems. In any case, a revolution without a vanguard is a recipe for anarchy. Besides, we are too fatally fractured as a people to achieve a broad-based revolution acceptable to all. The best we can achieve in such a situation will be strife, anarchy and uncontrolled fragmentation. With the perennial mutual mistrust and prevalent hatred spread on social media, the resultant crises will take forever to settle. Libya will be a child’s play.

We can shout as much as we can. We can argue from here till eternity. We can blame; we can abuse and accuse. We can change leaders all we want, but the truth is that we cannot build something on nothing. Apart from its name, Nigeria has no foundation to stand on. There is no generally accepted totem to inspire unity. The words of the late sage, Chief Obafemi Awolowo, are abiding to describe Nigeria. Nigeria is not a nation but a “mere geographical expression”, an amalgamation of different and mutually antagonistic people forced to live together as a “nation.”

Nigeria stands on a faulty structure and it is the structure that is holding it down.  Address it and many other things will fall into place, gradually but progressively. The current federal structure that is defined by the concept of sharing does not only breed indolence but is also the major cause of our divisiveness. Most of the bitterness you see expressed comes from “them never share reach me.” Everybody wants a share of the free oil money euphemistically called nation cake without contributing to it. Nigeria belongs to all, but belongs to nobody. It is just there to be raped by any group of our parasitic elite that manages to manipulate itself into power.

We are deeply different people with different worldviews. We are not necessarily antagonistic. However, those benefiting from these differences for personal gains, have turned these differences to enmity by appealing to our emotions and playing the people against one another instead of instituting a system that will harness the strength and advantages of  our differences.

Until Nigeria restructures and frees itself from the burden of the military imposed unitary system called federalism, it will never develop. We must recognize and acknowledge our differences and make provision for their expression for the nation to grow.

What the nation needs is a return to a true federal structure with minimum federal might. That’s the only way to convert the fundamental differences which, over the years have been built into bitter rivalry between regions, states and ethnic groups into competition.

When this happens, we will realize soon enough, that we actually need each other more than we have thought. Hate will turn to strategic alliance in the competition for comparative advantage and bitterness converted into positive energy.

The South-east with the industriousness and ingenuity of its indigenes,  for example, if allowed a degree of autonomy to develop its own system of self-governance under a loose federal system can transform into a Dubai in less than two decades. So are the other regions who will be challenged to look inwards for their area of comparative advantage. Some will survive on tourism, some in commerce, others in manufacturing and industry, oil, agriculture or a combination of a few. We have become too fused together to be able to survive without one another.

The Nigeria problem needs deeper strategic analysis than all the pro and against propaganda that we bandy about on social media as superior knowledge or understanding of the situation.

Nigeria needs a different type of revolution and not this idea of brats guiling rational men into “revolution”. The world has grown past this type of rabble rousing. It is disturbing that despite our education, we are still bent on using outdated methods to solve our problems.

Yes! We need a revolution but not a revolution for a mere change of government. Not to replace a set of leaders with another. Not even a generational change in leadership. The problem of Nigeria is not caused by the incompetence of our rulers. It is caused by the faulty structure of the nation. We must therefore begin now to channel our displeasure towards correcting this structure instead of spreading hatred and division between fellow suffering citizens.

When we occupy, therefore, let’s occupy for the most fundamental of reasons: to force government to commence the process of restructuring. Let’s begin to pressure and hold our representatives at the National and State Assemblies accountable for this. This is the type of revolution we need. But most importantly, we must eschew hate and bitterness in the struggle to free Nigeria.

No ethnic group or region has held Nigeria hostage, but a few greedy elite from all regions and ethnic groups who have played on our differences to perpetuate themselves in power. We need the masses of every ethnic group to drive this type of revolution. That is why education and talking with rather than talking down on any region is crucial to the revolution. The revolution to be meaningful cannot be exclusionary. The masses from every part of this nation are victims of the current structure.

To use the titles of Chido Onumah’s books asa metaphor, Nigeria is Negotiable and the Time to Reclaim Nigeria is now before it is too late.

Nigeria will descend into anarchy soon unless reason prevails. And the situation will be worse than whatever we have ever experienced.  Let those baying for blood note this.

Emaduku, a public affairs analyst, writes from Warri, Delta State. He can be reached through: canoways@gmail.com