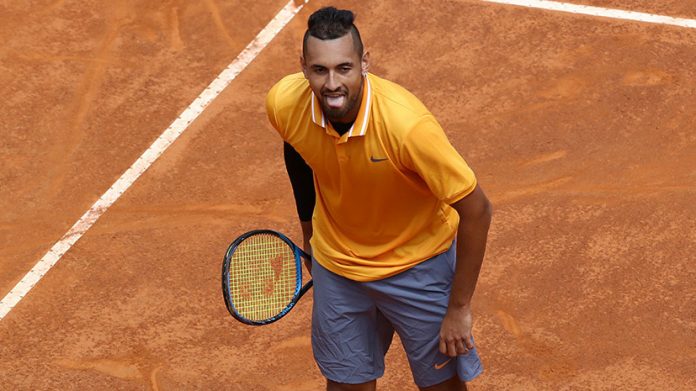 World number 36 Nick Kyrgios was given a code violation for ‘unsportsmanlike conduct’ after being broken early in the third set. Having already been handed a code violation earlier in the match, the latest outburst meant the umpire also handed him a game penalty.

This prompted an angry Kyrgios to slam his racket into the ground, kick a water bottle before he tossed a chair towards the centre of the court.

The frustrated 24-year-old shook hands with his opponent and the umpire before he strode off the court, effectively defaulting himself from the contest.

Before the outburst, Ruud was leading 6-3 6-7(5) 2-1 when Kyrgios was disqualified and will face Juan Martin del Potro in the third round.

He later wrote on Instagram: “Very eventful day to say to the least. Emotions got the better of me and I just wanted to say that the atmosphere was crazy out there today, just super unfortunate that it had to end in a default. “Sorry Roma, see you again, maybe.”