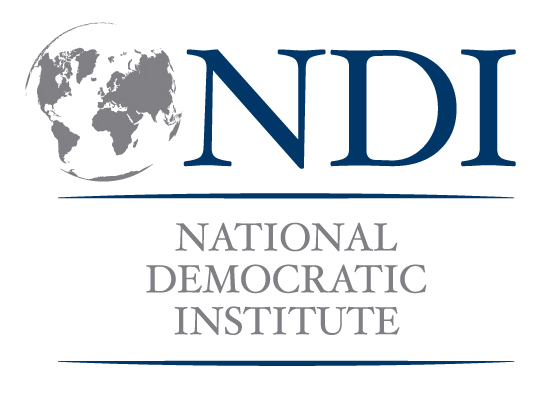 The National Democratic Institute (NDI) has taken on the anti-democratic leaders around the world, saying they are using the COVID-19 pandemic as a means of tipping (or skipping) elections, settling scores with political adversaries and channelling public funds to personal accounts.

NDI is a nonprofit, nonpartisan, nongovernmental organisation that has supported democratic institutions and practices in every region of the world for more than three decades.

‘’Authoritarian opportunists use misdirection to distract attention and conceal their true motives. In some instances, the autocratic sleight of hand is a reframing of anti-democratic policies as being ‘about’ something else (e.g. using public health concerns as a pretext for stigmatising and rolling back the rights of LGBTQ people).

‘’While public attention regarding COVID-19 has been focused on the health crisis and its economic repercussions, autocrats are moving quickly to Machiavelli’s maxim — never waste an opportunity offered by a good crisis.

‘’In other cases, abuses take place behind the scenes as resources allocated to the health crisis are siphoned off to leaders’ pockets. Although the current crisis calls for far-reaching and expeditious responses, authoritarian opportunism is not the answer’’, NDI says.

Responses to the pandemic that is inclusive, transparent and grounded in rule of law will earn public trust and can be more sustainable over time. Around the world, democratically-minded political and civic leaders are responding to the pandemic in ways consistent with human rights and democratic principles:

‘’Some heads of state are using COVID-19 as an opportunity for scapegoating or partisan score-settling, which intensifies polarisation, puts marginalised populations at risk and limits the effectiveness and coverage of response measures.

‘’In contrast, democratic-minded executives have opted for building citizen trust through political consensus. In Uruguay, for example, a joint presentation by recently elected President Lacalle and all of the other former presidential candidates sent a powerful message of unity, while at the same time increasing prospects for broad political support for his response measures.

‘’In Taiwan, cross-party coordination and transparent communications are seen as core components of that country’s effective response.

‘’In contrast with those authoritarian-minded leaders who have imposed sweeping, open-ended states of emergency and used them as an opportunity to restrict civil liberties, other governments are resolutely staying on the democratic path.

‘’New Zealand, in particular, has also received attention for its effective and democratic response, including the establishment of a parliamentary select committee with an opposition majority to provide scrutiny of the government’s COVID-19 programs.

‘’Authoritarian opportunists have attempted to tilt the electoral playing field to their advantage through timetables suited to their political needs, or otherwise influencing campaign conditions to their incumbent advantage.’’

Recognising the heightened threats to electoral integrity, the 251-member Global Network of Domestic Election Monitors (GNDEM) is actively advocating for minimum standards for genuine democratic elections — including citizen observation rights — and has developed guidance specific to elections that are held or postponed during the pandemic.

According to NDI, ‘’emergencies are often an opportunity for corrupt leaders to line their own pockets. To ensure that relief is channelled to meet citizen needs, transparency and accountability measures should include bolstered legislative oversight and audit requirements; strong whistleblower mechanisms and protections; and partnerships with civil society for monitoring of procurement, services and health outcomes.

‘’Autocratic leaders have made many attempts in recent years to block gender equality measures, and the pandemic could provide opportunities for them to further roll back women’s rights and protections.

‘’Due to existing inequalities and the differentiated impacts of the pandemic, women, as well as other marginalized groups, suffer disproportionately from COVID-19. Systemic barriers rooted in gender norms within marginalized groups will mean that women with intersectional identities will experience compounded affects (rural, Indigenous women).

‘’The challenges of addressing their needs are further exacerbated by women’s under-representation in health leadership at the global and national levels. Support programs should be delivered with the voice and agency of women and girls to be effective and effectively address the needs of the most vulnerable communities.

‘’In Mexico, women legislators are taking the lead in addressing these issues: the Plural Group for Substantive Equality have organised virtual meetings and issued a public statement calling for the application of federal and local resources, and services to support and protect women and girls.

‘’At the municipal level in Ukraine, Gender-Focused Caucuses (GFCs) mobilised quickly to monitor progress in meeting community needs. Their credibility and gender-responsive experience have enhanced the GFCs ability to reach women and other vulnerable groups.

‘’While countries around the world will experience stresses associated with the COVID-19 crisis, fragile and conflict-affected states are at particular risk of increased social upheaval and violence.

‘’Peace-building efforts can break down under the pressure of executive overreach or militaries manoeuvring for increased authority. The United Nations’ call for a ‘global cease-fire’ to alleviate suffering and allow the distribution of humanitarian aid has gone unheeded in many contexts. However, government and non-state actors have backed the UN call in some countries including Colombia, Yemen, the Philippines, and Sudan.

‘’There is no doubt that the unprecedented challenges presented by COVID-19 require extraordinary measures to protect public health and safety. This does not mean however that pandemics should be used as a pretext for dismantling democratic safeguards.

‘’In fact, political and civic leaders around the world are demonstrating that effective responses and public trust are built and sustained through the application of democratic principles. ‘’