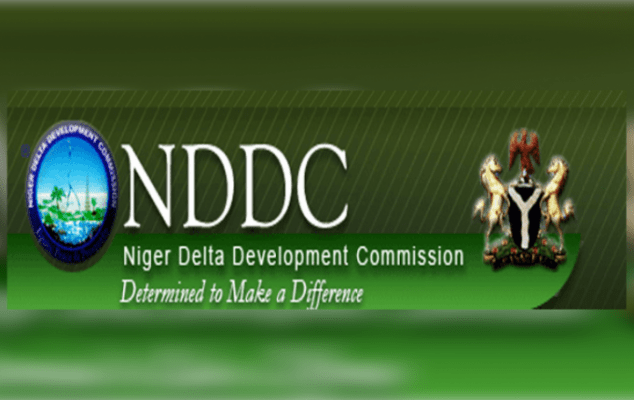 More cans of worms are being uncovered in the messy Niger Delta Development Commission (NDDC) as concerned citizens continue to beam searchlight on the Commission.

A group is alleging that top NDDC directors go home every month with tens of millions of naira as imprest and for the entertainment of guests.

This allegation is contained in a presentation to the bicameral Legislature by a civic group, Act for Positive Transformation Initiatives (APTI).

Head of the group’s Directorate of Research, Strategy and Programme, Kolawole Johnson, specifically claimed that NDDC’s big boss pockets N61.6 million monthly as imprest and for the entertainment of guests and that the Executive Director (Projects), Dr Cairo Ojougboh, allegedly pockets N28 million monthly for the same purpose.

A damning allegation by some staff of the Commission on the massive fraud that has deprived the oil and gas region of tangible development, is also hunting the interventionist agency’s top officials.Concerned NDDC Staff from Utilities, Infrastructure, Design and Waterways Department is alleging that the Interim Management Committee (IMC) of the Commission blew up N1.2 trillion within eight months.The alleged N1.2 trillion swindle in NDDC is contained in an open letter to President Muhammadu Buhari, by concerned NDDC staff.

They are alleging that the rip-off in the Commission is in trillions of naira, and not in billions the federal legislators are looking at.Copies of the letter were, however, sent to Senate President, Ahmed Lawal, Deputy Senate President, Ovie Omo-Agege, the Inspector General of Police, Director-General of the Department of State Services, NDDC Committee Chairmen in the National Assembly, the US Embassy and UK High Commission.

Now, the House of Representatives has summoned all serving and former heads of the looted NDDC over billions of naira allegedly unaccounted for.

NDDC watchers say the House Committee on Public Accounts issued the summons based on queries issued by the Office of the Auditor-General of the Federation (AGF) on the accounts of the Commission.

Speaking through his lawyer, Wahab Shittu, Magu claims that he remitted N329 billion recovered from fuel marketers direct to NNPC, and dismissed an allegation that he falsely declared his assets.

According to him, the Justice Ayo Salami Presidential investigation panel, probing allegations of malfeasance against him has never confronted him with such an allegation.

Adding, Shittu in a statement said Magu will henceforth respond to every allegation against him “point by point”, insisting that his client did not misappropriate funds recovered for NNPC.

‘’The allegations against him bordered on matters that were never brought before the panel set up by President Muhammadu Buhari to probe the activities of the EFCC under him’’, pointing out that the allegations are prejudicial to the proceedings of the panel.

“Take notice that our client can no longer fold his hands in the face of these sustained malicious attacks to prejudge him in the public space. Our client will henceforth, point by point, reply to all false allegations orchestrated against him in the public space on a daily basis as well as present his comprehensive defence for the world to see.

“This is without prejudice to the willingness of our client to defend himself in the ongoing proceedings at the Presidential Investigation Panel. The truth of the matter is that well over N329 billion recovered by EFCC under our client’s watch was remitted directly into NNPC dedicated accounts via Remita under a special arrangement endorsed by NNPC, EFCC, and the affected NNPC’s indebted marketers.

“By virtue of the said special arrangement, NNPC had requested formally the EFCC to recover the said amount from the affected NNPC’s marketers who were expected to pay such funds directly to NNPC while NNPC, in turn, confirmed receipt of such payments to EFCC.

“Therefore, EFCC never took custody of any of the recovered funds and so, the question of misappropriation of such funds by EFCC or our client could not have arisen as falsely published.

“Our client has never been confronted with any allegation of false asset declaration purportedly arising from the panel’s proceedings. The story attributed to the panel, which has become a recurring decimal, is a dangerous attempt to discredit the work of the honourable panel”, Shittu says.

On the allegation of not accounting for the N3.00 billion recovered for FIRS, he said, ‘’investigations were painstakingly conducted by EFCC under our client’s watch. The matter has since been referred for prosecution. Charges have been prepared ahead of arraignment in court.

“Our client has no interest in shielding anyone found culpable from the long arms of the law. At any rate, time does not run against the state in criminal prosecutions. It is tendentiously wicked to suggest that our client excluded major approving authorities from the criminal process.

“As a matter of fact, one Peter Hena, head of the FIRS coordinator support services group, who allegedly authorised the illegal payment, is one of those listed to be arraigned. The case was properly investigated and professionally vetted with our client deploying no influence whatsoever on the outcome.”

In the meantime, the latest summons of NDDC chiefs is different from the on-going probe being carried out by the House Committee on NDDC over alleged illegal spending and mismanagement of N81.5 billion.

Committee Chairman, Wole Oke, says the IMC could not answer the queries issued by the OAGF since some of the spendings were done before it came on board.

‘’The 2008-2012 auditor’s queries were submitted along with 2013-2018 recently. Previous (National) Assembly PAC did not touch it. We have written NDDC to respond to the queries. NDDC’s IMC appeared once and they could not defend the queries because, in fairness to them, they were not in office (then). We have asked them to produce those in office that mismanaged NDDC”, Oke explains.

Alaibe dominated the affairs of the Commission as its chief executive from 2007-2009. Before then, he was NDDC’s Executive Director in-charge of Finance and Administration from its inception in the year 2000.

While Power Aginigha, will, however, not be able to make it to Abuja to face the Reps panel because he is late, all former and incumbent IMC members to appear include Nunieh; and Executive Director of Projects, Dr Cairo Ojougboh.

For Oke, the move by Federal Government to engage external professionals for a forensic audit of NCDC means lack of trust in the capacity of the Auditor-General of the Federation and his workers.

‘’We are simply going to waste money on forensic auditors. The National Assembly PACs serve as another layer, pursuant to Section 85 of the Constitution to check and expose corruption. Various statues, if deployed at work, will sanitise the NDDC”, he adds.