Multiple bouts of blood feeding by mosquitoes shorten the incubation period for malaria parasites and increase malaria transmission potential, according to a study published December 31 in the open-access journal PLOS Pathogens by Lauren Childs of Virginia Tech, Flaminia Catteruccia of the Harvard T.H. Chan School of Public Health, and colleagues.

Another study published November 7 in the same journal by Farah Dahalan of Imperial College London, Mara Lawniczak from the Wellcome Sanger Institute, and colleagues, says female mosquitoes that have mated are more likely to transmit malaria parasites than virgin females.

The results of this study imply that efforts to target male mosquitoes might not only suppress mosquito populations, but also act to decrease vector competence among residual females.

Malaria is a mosquito-transmitted disease, caused by the parasite Plasmodium falciparum, that kills more than 400,000 people and infects more than 200 million people worldwide annually.

Existing vector control measures rely on continued mosquito susceptibility to various insecticides, but resistance has evolved to all four insecticide classes currently in use, and new vector control strategies, including strategies that target reproduction, are sorely needed.

Several species of Anopheles are responsible for the majority of transmission in Africa, where the disease causes the most morbidity.

In Anopheles mosquitoes, levels of the hormone 20-hydroxyecdysone (20E) in females can be influenced by two major factors: blood-feeding and mating.

In the new study, Dahalan and colleagues investigate the impact of both mating and 20E on female mosquito susceptibility to P. falciparum.

Farah Dahalan says “If male-derived 20E enhances vector competence of mated females in nature, then male mosquitoes may be contributing to malaria transmission in previously unappreciated ways. It is possible that vector control strategies that target males may have additional benefits toward reducing transmission.”

However, given that mosquitoes feed on blood multiple times in natural settings, the results suggest that malaria elimination may be substantially more challenging than suggested by previous experiments, which typically involve a single blood meal.

Malaria remains a devastating disease for tropical and subtropical regions, accounting for an estimated 405,000 deaths and 228 million cases in 2018.

Such complex behavior is regularly overlooked when mosquitoes are experimentally infected with malaria parasites, limiting our ability to accurately describe potential effects on transmission.

In the new study, the researchers examine how additional blood feeding affects the development and transmission potential of Plasmodium falciparum malaria parasites in An. gambiae females.

“We wanted to capture the fact that, in endemic regions, malaria-transmitting mosquitoes are feeding on blood roughly every 2-3 days”, says W. Robert Shaw, a lead author of this study. “Our study shows that this natural behavior strongly promotes the transmission potential of malaria parasites, in previously unappreciated ways”.

The results show that an additional blood feed three days after infection with P. falciparum accelerates the growth of the malaria parasite, thereby shortening the incubation period required before transmission to humans can occur.

In addition, parasite growth is accelerated in genetically modified mosquitoes with reduced reproductive capacity, suggesting that control strategies using this approach, with the aim of suppressing Anopheles populations may inadvertently favor malaria transmission.

The data also suggest that parasites can be transmitted by younger mosquitoes, which are less susceptible to insecticide killing, with negative implications for the success of insecticide-based strategies.

Taken together, the results suggest that younger mosquitoes and those with reduced reproductive ability may provide a larger contribution to infection than previously thought.

According to the authors, the findings have important implications for accurately understanding malaria transmission potential and estimating the true impact of current and future mosquito control measures. 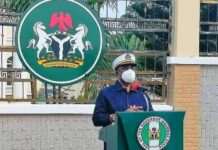