Much Ado about Regional Economic Integration of Africa

The choice of words is deliberate – “economic” integration rather than anything else. While regional integration has existed in Africa dating back to the 1960s, the economic dimension has often suffered an own goal. Ok, granted that the Monetary Union in the West and Central Africa Franc Zone have survived with a common currency initially backed by France, and later by the wider European Union, this has not necessarily translated to trade creation within these blocs.

International and/or global marketing has been historically interrogated along “multilateralism” and “regionalism” lenses. While both the World Trade Organisation (WTO) and the United Nations Conference on Trade and Development (UNCTAD) have been the dominant bodies at the multilateral level, regional trade blocs have continued to flourish alongside these. The number of blocs on the continent are more than any other regions in the world. 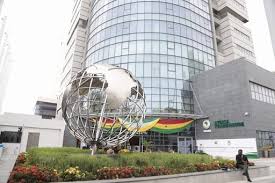 That’s where the problem lies – multiplicity and duplication of blocs – which often cannibalises the ultimate goal. Now, that surely isn’t the beginning of wisdom. With so many blocs come blockers to true integration.

1 January 2021 marked a watershed for Africa with the taking off of the much celebrated African Continental Free Trade Area (AfCFTA), occurring alongside Britain’s exit from the European Union (i.e., Brexit), which has catapulted the resort to deeper engagement with Africa under the banner of the Commonwealth. Furthermore, history was recently made as an African woman took over the helm of the World Trade Organisation and another African taking over as the Managing Director of the International Finance Cooperation (an arm of the World Bank) – something many Africans hope, would improve the voice of Africa within the ranks of the multilateral trading system.

As the world starts reopening following the lockdowns prompted by COVID-19 pandemic, regional collaborations in trade matters have picked up at a frenzied pace – with bilateral deals between individual African countries and overseas partners from, especially China, Russia and Europe. Whether viewed with optimism or scepticism – variants of the “isms” described in our recent article, global trade has become the talking point of world leaders. This has also included conversations and/ or debates around how to make the most of regional integration, regional governance and the ratification of treaties across all levels – be it bilateralism or multilateralism. The isms are replete in the discourse of economic survival and recovery.

Applying the “isms” (that is, the ideologies of realism, neoliberalism, intergovernmentalism, institutionalism, and regionalism) of the regional governance system, our study on “The “Isms” of Regional Integration: What Do Underlying Interstate Preferences Hold for the ECOWAS Union?,” analyses the integration strategy, implementation of treaties, underlying affinity for national preferences, and challenges from the perspective of one of the largest trade bloc in Africa i.e., the Economic Community of West African States (ECOWAS).

Despite its successful peacekeeping record over decades of its establishment, we argue that ECOWAS may not have lived up to its mandate of fostering intra-regional trade. The observed missed opportunities may well be understandable considering the portrayal of Africa in the global media as the most unstable continent in the world bedevilled by political instability, conflicts and unpredictability. However, the region remains hopeful, and taking bold steps in kickstarting AfCFTA is a clear demonstration that Africa seems to be taking responsibility for its affairs and charting the course of the future direction of travel.

Still on the “isms” matter, our study highlights that the term “regionalism” has been given variety of meanings related to international integration between and across regions and that underlying national preferences for regional integration could take on a number of forms – economic, social, security, trade, or power. In our case, however, regionalism presents unique opportunities to drive Africa’s commercial transformation, economic development, and regional advancement forward. 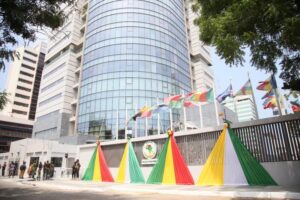 Going forward we posit that ECOWAS should focus on public-private-partnerships that cuts across multiple levels of dialogue and engagement in the business of trade in both physical goods and services. These platforms could facilitate the necessary high-profile investments, and better avenues for tariff-free trade negotiations rather than trying taking on richer countries and multinationals alone. Furthermore, there needs to be more success stories of emerging market multinationals domiciled in, and transacting business within, what has been described as the largest free trade area.

AfCFTA presents an interesting – however defined –opportunity for the reinvention of the founding mandate and protocols of ECOWAS – and leveraging that opportunity should be considered a matter of priority – as these, in our collective view, constitute the choke points impeding the free movement of persons, goods, services, and capital across the subregion, which for better or worse, would determine the future of the trade bloc going forward.

Nnamdi O. Madichie is Professor of Marketing &amp; Entrepreneurship at the UNIZIK Business School, Nnamdi Azikiwe University, Awka, Nigeria. He is also Research Fellow at the Bloomsbury Institute London as well as Visiting Professor at the Coal City University, Enugu, Nigeria. He is a Fellow of the Chartered Institute of Marketing (FCIM), Fellow of the Chartered Management Institute (FCMI), and Senior Fellow of the Higher Education Academy of England & Wales (SFHEA). His research straddles broad areas of Marketing & Entrepreneurship cutting across geographic contexts, notably Africa, Asia, Europe, and the Middle East. Professor Madichie is also past editor of the African Journal of Business and Economic Research (AJBER) published by Adonis & Abbey. He can be contacted at: n.madichie@unizik.edu.ng