The upcoming Logan may find Wolverine a little older and more battle-scarred, but those claws are as sharp as ever.

Hugh Jackman shared a new black-and-white photo from the film on Twitter, showing the aging mutant with mutton chops standing outside a house at night. Like the rest of the Logan teaser photos we’ve seen so far, it’s a cryptic shot, with Wolverine apparently standing over a fallen foe.

The first Logan trailer introduced a Wolverine who’s been living on his own for a while, and the Johnny Cash-soundtracked footage suggests a far darker, grittier tone for the third Wolverine movie. (Producers have said the film will be R-rated.) Both Jackman and director James Mangold have been sharing behind-the-scenes shots, storyboards, and stills from the film, including shots of Stephen Merchant and Patrick Stewart as a grizzled Professor X. Dafne Keen is also on board as a young character named Laura, seemingly suggesting that she’ll play Laura Kinney, a.k.a. X-23 — a young female clone of Logan.

Logan is set to hit theaters on March 3, 2017. See the newest photo below. 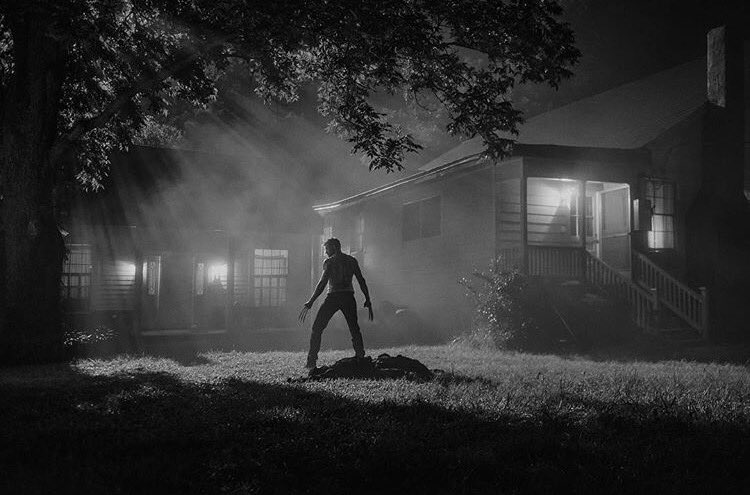