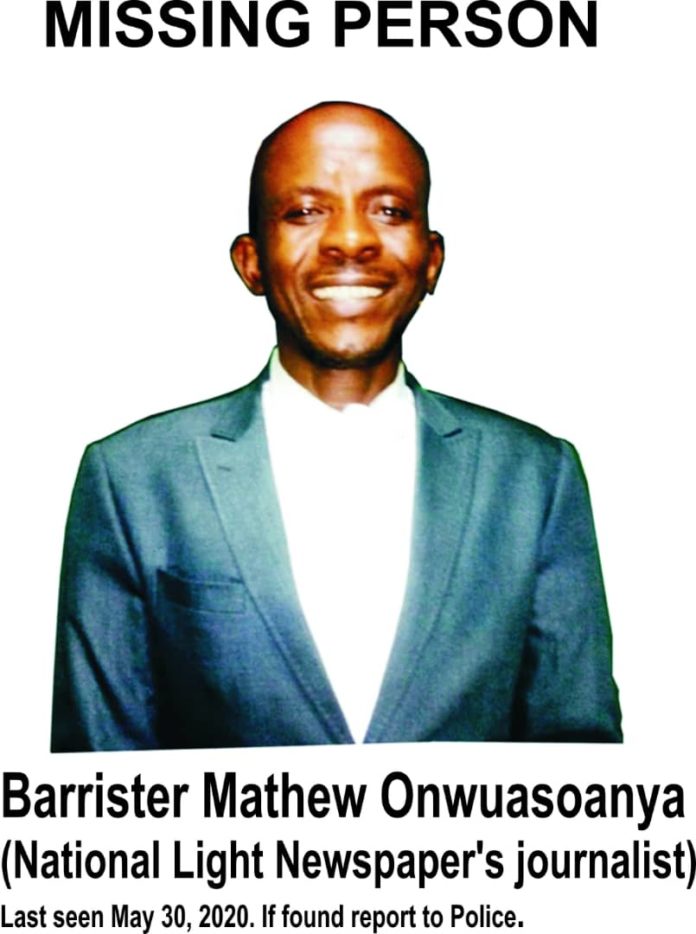 The Anambra State Chairman, Nigeria Union of Journalists, Sir Emma  Ifesinachi, the Managing Director and CEO of National Light, Sir Chuka Nnabuife and Editor of the newspaper, Mrs Rose Oranye, yesterday met with Mr Onwuasoanya and members of his family.

During the meeting, Barr. Onwuasoanya narrated his ordeal within the five weeks of his surprising absence.

According to Onwuasoanya, he was abducted from his residence on May 30, 2020, by some security men as was earlier reported but he got released thereafter.

“After the shocking encounter with security agents which left me rattled, I promptly sought medical attention to attend to the traumatic experience. I received treatment all the while until I returned home. I wish to apologize for my inability to reach out to anybody. It was because I live alone and had lost my phones in the process,” he narrated.

The MD/CEO of ANPC, Sir Chuka in a statement afterwards, expressed gratitude to all who supported in escalating the news of the missing journalist, acknowledging that the love has been massive.

“We want thank Anambra State Government, the Commissioner for Information and Public Enlightenment, C.Don Adinuba, the Commissioner of Police, Anambra State, CP John Abang, the Directorate of State Security (DSS), Ananmbra State Command, the NUJ executive and members in Ananmbra State, all operatives in the media industry within and outside Nigeria who contributed in no small way in tracing the whereabouts of Mr Onwuasoanya and identified with ANPC all through this period of dire need. We rejoice that we have found him,” Nnabuife said.