In light of the refugee crisis which has seen millions of Muslims from war-torn countries pouring into secular Europe, a Dutch migration expert has warned the European Union of the immense risks. Professor Ruud Koopmans warned the EU on Monday to block the entry of any refugees whose identity cannot be categorically confirmed.
According to Koopmans, of the 1 billion adult Muslims in the world, ‘half of them are attached to an arch-conservative Islam which places little worth on the rights of women, homosexuals, and people of other faiths’.
He went on to claim that of these 500 million, 50 million of them are willing to sanction violence in defence of Islam.
The migration researcher stressed that not every one of them was ready to exert violence directly, but he added:

‘They support the radicals, they encourage them and provide them shelter or simply keep their mouths shut when they observe radicalization.’

He says he considers his own estimate of 50million ‘an understatement’, citing studies that show eight per cent of German Muslims agreed to the use of violence against ‘Infidels,’ while in his own country 11 per cent of Muslims agreed with the statement:

‘There are situations in which it is acceptable for me from the perspective of my religion, that I use violence’. 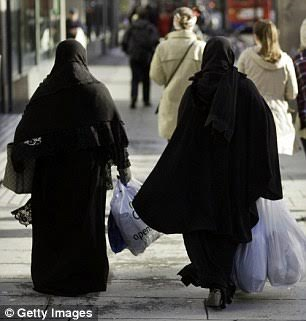 Citing a study by the US-based Pew Research Center, Koopmans said that in several Islamic countries, 14 per cent of local Muslims think suicide attacks against innocents are ‘sometimes’ or ‘often’ justified to defend Islam.

The expert sees a ‘clear difference’ between anti-Islam baiting and justified criticism of Islam.
He went on:

‘There is nothing wrong with foreign cultures, as long as they are looking for the connection to the majority in society and actually enrich our countries.

‘But those who are here to spread their medieval beliefs, which are unfortunately widespread in Islamic countries, must be met with zero tolerance’.

He stressed that the EU should be much more careful to let suspected Islamists have uncontrolled travel to and within Europe. He sad refugees and migrants should be placed initially in transit zones, ‘as long as their identity is unclear’.