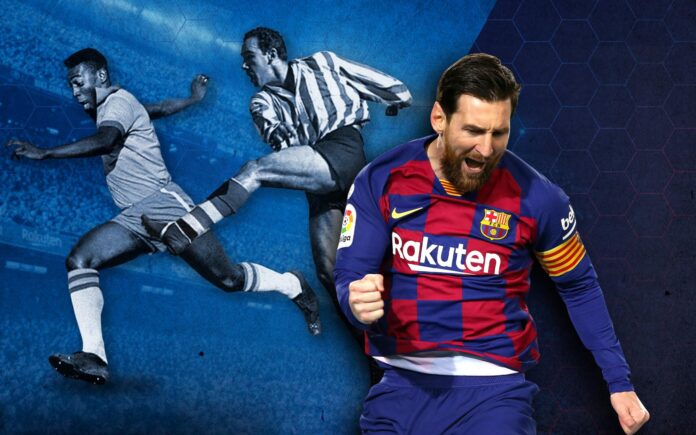 Barcelona’s captain Lionel Messi has finally become the player to score the most goals for a single club.
Lionel Messi scored his 644th goal for Barcelona in a 3-0 win over Valladolid on Tuesday.
This record was once held by the legendary footballer, Pele who scored 643 goals for Brazilian side cantos.
Messi first equaled Pele’s record of 643 goals on Saturday after scoring against Valencia, he then finally broke the record on Tuesday against Valladolid.
The 33-year-old expressed his gratitude on his Instagram page on Wednesday,  where he said: “When I started playing football, I never thought I would break any records, especially the one I broke today, which was Pele’s. I can only thank everyone who’s helped me all these years, my teammates, my family, my friends, and everyone who supports me every day”.