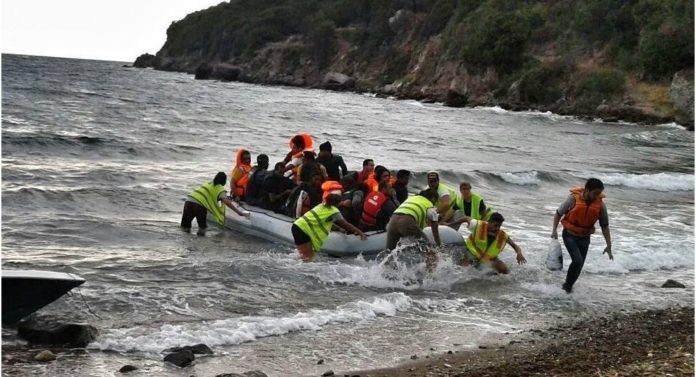 A report by the International Organisation for Migration (IOM) indicates that 63,417 migrants and refugees successfully entered Europe by sea through September 18, roughly a 20 per cent decrease from the 78,372 arriving during a similar period last year.

Almost 20,000 new arrivals have landed on Mediterranean shores since August 16, of an average of over 600 people per day on three major routes, making these recent weeks among the busiest seen in over a year.

Deaths however recorded on the three main Mediterranean Sea routes through almost seven months of this 2019 are at 953 individuals, or about 52 per cent of the 1,839 deaths confirmed during the same period in 2018.

In the past two weeks, the deaths of several dozen people were documented on sea routes across the Mediterranean. On Tuesday, September 17, a boat sank 10 kilometres off the coast of Sfax, Tunisia.

Nine survivors were rescued alongside the remains of three people who drowned. Survivors reported that four people remain missing. Another boat capsized on Wednesday, September18 off the coast of the Tunisian island of Djerba. Six people were safely brought to shore, but four lost their lives.

At least two shipwrecks also were recorded off the coast of Algeria. On September 17, the remains of three young Algerian men were retrieved during a rescue operation five nautical miles north of Cap Falcon, Oran, on the western shores of Algeria, where boats depart for Spain’s mainland.

Eight survivors were rescued from the sinking boat and brought back to shore.On the night of September 17, another boat sank off the coast of Cap Djinet/Dellys, 70 kilometers east of Algiers. While reports of the number of dead and missing are still being verified by the Missing Migrants Project (MMP) team, initial information indicates that up to 13 people may have lost their lives in this shipwreck.

This last incident is not included in the total above as verification is ongoing. According to Spanish media, several boats departed from the Algerian shore near Dellys on Tuesday night. Six boats reached Spain’s Balearic Islands and one arrived in Jávea, in mainland Spain.

Most recently, one man was found dead in a boat recovered by the Maltese Armed Forces. Three survivors were rescued in the operation; however, one other man is now in critical condition in hospital.

IOM Spain’s Ana Dodevska reported on Monday sea arrivals to Spain through August 11 have reached 16,894, or about 2,000 in the past month. Another 4,008 irregular migrants have also crossed into Spain by land into the African enclaves of Ceuta (967 arrivals) and Melilla (3,041).

IOM Greece’s Christine Nikolaidou reported on Thursday that over seven days, the Hellenic Coast Guard (HCG) confirmed at least 29 incidents requiring search and rescue operations off the islands of Lesvos, Samos, Chios, Kos, Symi, Leros, Kalymnos and the port of Alexandroupoli. The HCG rescued a total of 882 migrants and transferred them to the respective ports.

Those arrivals, plus some 1,130 between the days of September 11-17 at various islands and ports bring to 32,767 the total number of irregular migrants and refugees IOM has recorded arriving by sea to Greece this year.

Nearly 10,000 – or almost one third of all arrivals this year – have landed in the Aegean since  August 16, or just over a month ago. Through less than three-fourths of this year, irregular arrivals have now surpassed the numbers reached through all of 2017 or 2018.

2019 is the sixth year of IOM’s efforts to systematically record deaths on migration routes worldwide through its Missing Migrants Project. Since the beginning of 2014, the project has recorded the deaths of 33,474 people, including 2,312 in 2019 through September 18.

Since the start of the year, at least 315 people have died while attempting to cross the US-Mexico border. MMP recorded 341 deaths on this border in the same period in 2018; however, it is important to note that deaths along this border are often recorded retroactively, largely because remains may not be found until much later after people die due to the vast and harsh terrain.

On the US-Mexico border this month, at least seven people have drowned in the Río Bravo or in canals near the border, just since September 11. On that day, a 27-year-old Honduran woman and her 21-month-old son lost their lives while trying to cross to the US. Their bodies were recovered by US Border Patrol agents in an area near San Felipe Creek in Val Verde County. The Honduran Ministry of Foreign Affairs confirmed that the woman and her son were trying to reach North Carolina, where her husband and two daughters, aged five and seven, had moved earlier this year.

Three days later, on September 14, two young Mexican men, aged 18 and 22, drowned in the Río Bravo near Isla del Mudo, in Mexico’s northern state of Coahuila. On September 16, the remains of a woman were recovered from the river near the Donna-Río Bravo international Bridge in Tamaulipas. The body of an unidentified man was found the following day in an area near Piedras Negras, Coahuila. That same day (September 17), the remains of a man of Chinese nationality were recovered from a canal in El Paso’s Lower Valley, located north of the border fence along the Río Bravo.

Tragedies in the Americas continued this month on sea lanes, which have been particularly deadly in 2019. In the Caribbean, a boat capsized near Martinica Beach, Puerto Rico on Saturday, September 14. Puerto Rico police recovered the remains of three people from the beach and found 14 survivors who had reached the shore.

According to their testimonies, 38 people were on board the boat which left the Dominican Republic late last week. An unknown number of people may have lost their lives during the shipwreck, but no estimates of the number of missing are available.

This year MMP has counted 154 fatalities at sea in the Americas, more than quadruple last year‘s total. In total, at least 588 people have lost their lives in the Americas in 2019, compared with 442 recorded through this point in 2018 – an increase of roughly 33 per cent.

Missing Migrants Project data are compiled by IOM staff based at its Global Migration Data Analysis Centre but come from a variety of sources, some of which are unofficial. To learn more about how data on migrants’ deaths and disappearances are collected, click here. The report Fatal Journey Volume 4, published 28 June, includes an overview of five years of Missing Migrants Project data (2014-2018) and an update on what is known about deaths during migration in 2019.