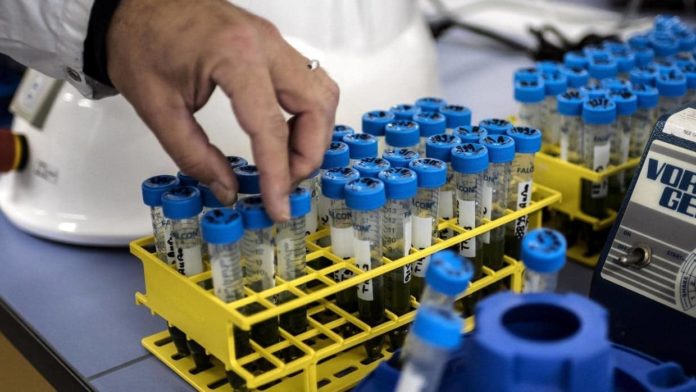 There is an ongoing massive coronavirus testing in the Nigerian military and the Police in Lagos State.

This followed the discovery that several officers and men had tested positive.

Many of them reportedly contracted the virus while on medical duty.

Some are among those receiving treatment at Isolation Centres in Lagos.

The development was not unexpected as Lagos is the epicentre of the pandemic in Nigeria.

He disclosed that the deceased was on treatment but had complications and gave up before he could be rushed to the hospital.

Daji said he lived alone, was unmarried and that four people who had contacts with him have been traced. They are: someone who visited the officer in isolation, his driver, orderly and steward.

“Their samples have all been taken, and they have been isolated, we are expecting that their results will come out but there’s no cause for alarm at all.”

Daji added that there are other eight positive cases of Naval officers/men in the command with over 1,300 tests conducted.

“She is receiving treatment. We have our COVID-19 response team formed by the Armed Forces of Nigeria and our isolation centre in Yaba. We have testing equipment and kits. We have been carrying out testing of our personnel when there is suspicion,” he said.

Hakeem Odumosu, the Police Commissioner in Lagos, admitted that two of his men were confirmed for COVID-19.

The CP added that they had been treated and discharged.

It was gathered that security agencies have stepped up advocacy to ensure their personnel obey COVID-19 safety instructions.

Already, the Navy has set up a Task Force that will embark on unscheduled visits to locations to assess compliance.