Man Abandoned by Wife for Being Poor Wins N63m Jackpot

A woman who left her husband due to their life of penury has now made a U-turn when she found out the same man won a N63m jackpot.

The man, Joseph Onywera, 62, a farmer from Kenya won the staggering sum early June from Betway Company after he correctly predicted the outcome of 13 football matches in the English Premier League, The Nation reports.

The woman had told him she’d never come back and had run off with another man because he was broke, but in no time she came back begging.

Onywera had won 20 million shillings which roughly translates to N63m.

The man said on his wife’s return, “I saw her come into my compound and I wondered. She had told me to my face that she would only return after I die. So I told her to go away since I am still alive.”

Onywera who is an Arsenal fan said he was certain she only came back because of the money, “Ever since she left, several incidents have happened that would attract her attention. My mother died but she did not turn up for her burial. My father also died and I had an accident, but she did not bother to check on us,” he said

He did say that there was a lady who stuck with him through the trying times and he wanted to marry her. “I am a humble rice and tomato farmer. A certain woman who respected and loved me when all I had was farming will be the one to live with me in this permanent house,” he said. 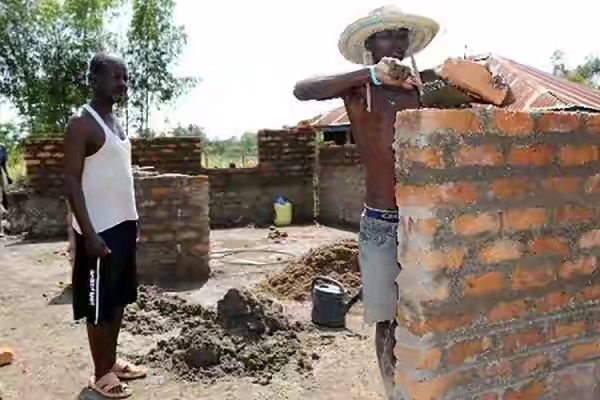