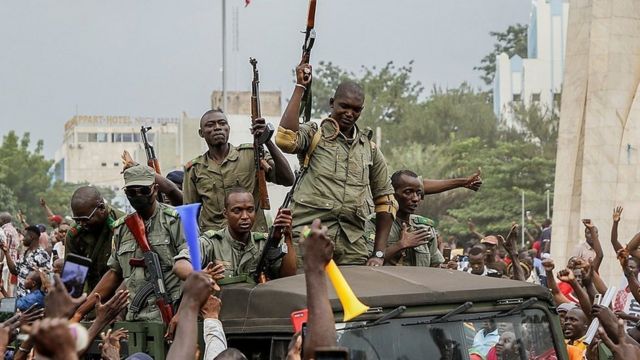 Malian soldiers who carried out the coup that led to the resignation of President Ibrahim Boubacar Keita have explained their action.

Keita resigned and dissolved parliament as soldiers detained him at gunpoint.

On Wednesday, they said Keita’s removal was to save Mali from further crises.

They announced plans to form a civilian transitional government that will organize fresh elections.

In a broadcast, Col. Ismael Wague, spokesman for the mutineers, called them the “National Committee for the Salvation of the People”.

Wague invited Mali’s civil society and political movements to join them to create conditions for a political transition that would lead to elections.

“Our country is sinking into chaos, anarchy and insecurity mostly due to the fault of the people, who are in charge of its destiny,’’ he said.

Meanwhile, the mutinous soldiers in Mali have created a committee called the National Committee for the Salvation of the People (CNSP) to return the country to democracy.

The soldiers have stipulated the mandate of the newly created National Committee for the Salvation of the People (CNSP).

They said that the body will oversee a political transition toward general elections.

The spokesperson, Col. Ismael Wague, disclosed this in a statement on Wednesday.

Wague assured that the mutineers are not keen on power, but on the stability of the country.

He said the body “will allow us to organise general elections within a reasonable time-frame to allow Mali to equip itself with strong institutions that are capable of managing our daily lives.”

The military officer said in order to prevent the country from sinking, the CNSP decided to take responsibility “to ensure the continuity of the state and public services.”

Wague announced a series of decisions.

This includes the closure of all air and land borders, and 9pm – 5am curfew.

The CNSP invited civil society and socio-political movements to join in order to create “the best conditions for a better civil transition leading to credible elections.”

He later announced his resignation and the dissolution of the National Assembly and the government on national television.