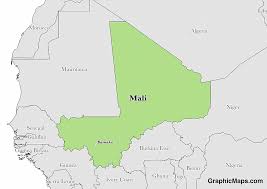 In Mali, a vast landlocked African country that is the continent’s third biggest exporter of gold, life is increasingly becoming hellish for both men and women. Why? A third of the around 70 tons of total gold production in the country is estimated to come from artisanal mining which employs over one million people, according to government estimates.

For instance, in the small gold-mining site of Tiemba in southern Mali, women and men reportedly form a human chain, from the holes dug in dry earth to the river bordering Guinea. The chain is made up of women pulling up buckets of hard granular earth, and men burying themselves in deep narrow holes, and traders living off their business.

They are all brought together by the hope that one day, the sacrifices they have made will result in striking gold and making a few hundred euros to turn their lives around.

But, on this expanse dotted by small piles of earth characteristic of artisanal gold-mining, the latest victim, a young man named Famoro Sidibé, died when one of the mines collapsed on top of him. His death was as painful as it was inevitable, his colleagues say.

A mine supervisor and a friend of Famoro, Idrissa Traoré, said as he watches young men digging without helmets or regular access to water, “it doesn’t surprise us when we see what state the holes are in.” Dozens of miners have died in similar incidents, often reported in local newspapers.

However, with demand for artisanal gold on the rise since the separatist conflict erupted in 2012, men and women have come from across West Africa’s “open” borders to get a piece of the gold, often leaving families and farms behind.

Many of them – according to the new International Organisation for Migration (IOM) research – hope they earn enough money to invest in tools and pesticides, to make farming easier. While farming only provides seasonal earnings, gold can be dug year-round.

Many women travel to these sites alone. One in five women surveyed by IOM researchers on Mali’s gold mining sites are widowed or divorced.

“If I don’t couple farming with gold mining, I would not be able to earn enough money”, says Setou Sidibe, a 30-year-old who goes back to the mine after each rainy season. She has been doing this since she first set foot on a site in Guinea at eight years old, with her parents.

For all of the gold-digging women, the precious metal offers a chance to get away from male-centered land ownership and discriminatory systems which have long prevented them from having the same financial stability and autonomy as men, according to researchers.

This business does not only impact gold diggers, but many more people, including local communities, local authorities, as well as sex workers.

In the small village of Solona, in the Yanfolila region, women say mining brings as many improvements as it does problems: a better health system, but environmental degradation; more money for the local community, but insecurity.

The extraction happens with little oversight or control by local authorities. Sites are managed by a locally-created management and police force called the Tomboloman, who are tasked with regulating access and security. New arrivals often need to be discussed with traditional leaders.

“Access to sites and sale of gold should be organized by local authorities. We don’t even know how much gold is extracted around here”, says Sidi Yaya Diakité, the deputy in charge of economic and social affairs in one of the sites in Southern Mali.

“If we don’t manage this activity, people might leave the town to go to other gold mining sites. The town will be empty as people follow the gold rush.”