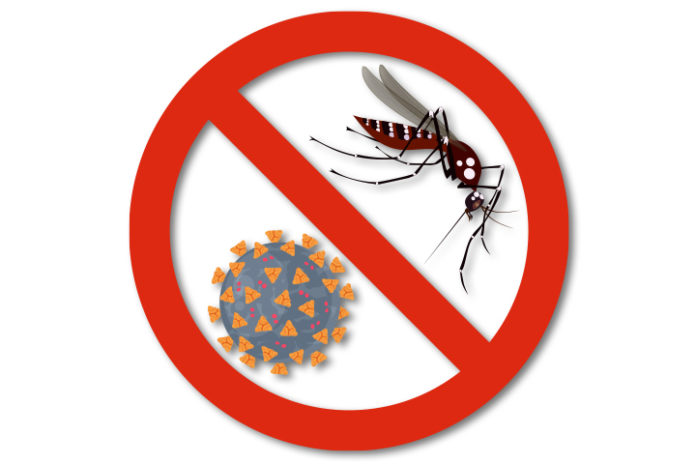 As drugs that are being used to treat other diseases are currently being repurposed for COVID-19 treatment, experts have warned that malaria drugs do not inhibit the virus

Globally, more than 600,000 people have so far fallen victim to the lung disease COVID-19 which is caused by the SARS coronavirus-2 (SARS-CoV-2).

However, the Infection Biology Unit of the German Primate Center (DPZ)—Leibniz Institute for Primate Research in Göttingen, together with colleagues at the Charité in Berlin, was able to show that the malaria drug chloroquine, which has been demonstrated to inhibit the SARS-CoV-2 infection of African green monkey kidney cells, is not able to prevent infection of human lung cells with the novel coronavirus.

Chloroquine is therefore unlikely to prevent the spread of the virus in the lung and should not be used for the treatment of COVID-19.

It is known that SARS-CoV-2 is able to use two different routes to enter cells. First, after attaching to the cells, the virus can fuse directly with the plasma membrane and introduce its genetic material into the host cell.

Second, it can enter the interior of the cells upon uptake via transport structures, called endosomes. In both cases, the attachment of the virus to the cells and subsequent entry is mediated by the viral spike protein.

For this purpose, the spike protein must be activated either by the enzyme cathepsin L (in endosomes) or by the enzyme TMPRSS2 (on the cell surface). Depending on the cell type, both enzymes or only one of them can be available for activation.

Chloroquine is a drug that is used to treat malaria. Since chloroquine inhibits the infection of monkey kidney cells with SARS-CoV-2, chloroquine has been tested in clinical trials as a possible candidate for the treatment of COVID-19.

That chloroquine, however, inhibits the infection of monkey kidney cells was not clear. The current study shows that chloroquine inhibits viral entry into these cells, most likely by blocking cathepsin L activity.

This raised the question of whether chloroquine also inhibits the infection of lung cells that are known to produce TMPRSS2 but only a small amount of cathepsin L.

The study shows that chloroquine does not prevent SARS-CoV-2 entry into human lung cells and the subsequent spread of the virus in these cells.

Head of the Infection Biology Unit at DPZ, Stefan Pöhlmann, says “in this study, we show that the antiviral activity of chloroquine is cell type-specific and that chloroquine does not block the infection of lung cells.

‘’This means that in future tests of potential COVID-19 drugs, care should be taken that relevant cell lines are used for the investigations in order not to waste unnecessary time and resources in our search for effective COVID-19 therapeutics.

“COVID-19 is primarily caused by the infection of lung cells, for this reason, these cells should be given priority in efficacy tests.”

In the meantime, with the global pandemic still in full swing, scientists are working to develop a vaccine in record time.

While everyone wants an effective vaccine, they don’t all agree on how to get there and what “effective” really means.

Chemical & Engineering News, the weekly newsmagazine of the American Chemical Society, spoke with researchers, doctors and business leaders to shed light on some of the challenges vaccine developers are facing.

As of mid-July, the World Health Organisation reported that over 160 vaccine programs were in progress, an unprecedented effort toward a common goal, writes Associate Editor Ryan Cross.

Although traditional vaccines are made with weakened or killed virus, many modern vaccines use part of the virus itself to teach immune cells what to home in on.

For SARS-CoV-2, the virus that causes COVID-19, that part is the spike protein, which the virus uses to attach itself to human cells.

Both types of methods can be time-consuming, and traditional approaches are potentially dangerous because companies need to grow large amounts of virus.

This has caused some scientists to turn to experimental gene-based vaccines. Researchers put the genetic code for the spike protein into harmless viruses that act as vessels, or simply use DNA or RNA to deliver the genetic information to human cells.

Human cells would use these instructions to make the spike protein, which would trigger an immune response. These types of vaccines are very fast for scientists to design and make, but the technology is largely unproven, and it remains to be seen whether these kinds of vaccines are effective.

Furthermore, there are many different modifications that scientists can make to the spike protein, which could change how our immune systems respond to the real virus.

Vaccine makers are focusing on the ability of candidates to produce high levels of neutralizing antibodies that would prevent the virus from entering cells.

But this area of vaccine research also faces challenges. For example, the methods for quantifying the antibody response in the laboratory are not ideal. In addition, it’s unclear just how much neutralization is good enough and for how long the effect would last.

If antibody levels aren’t high enough, a person might only be left with partial immunity, which could prevent severe symptoms but still leave them with the ability to infect others. And what works in one person might not work well in another.

Questions about safety still loom and experts warn that moving too fast with an unsafe vaccine could shake public confidence. In the end, vaccine developers note that no single company can do this alone, and several types of vaccines will likely be needed.