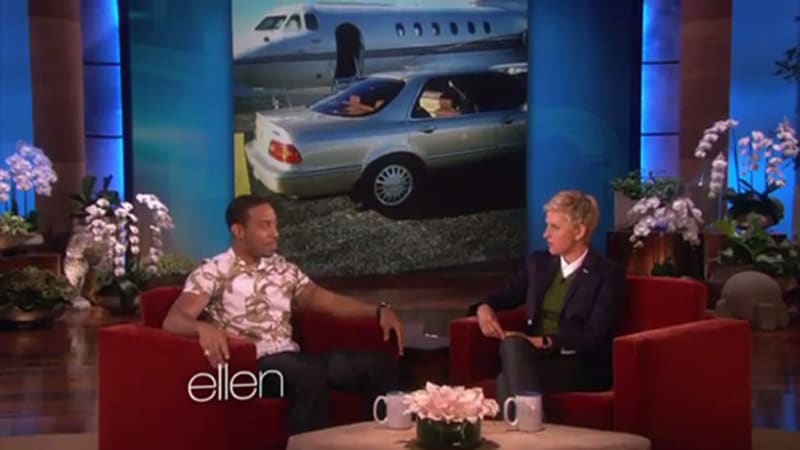 It’s easy to think of most wealthy celebrities as egotistical, materialistic individuals who own a Ferrari for every day of the week. The reality, though, is often much less severe. See, they can get attached to things, like cars, just like normal folks. Take Alfred Morris, for example. A 22-year-old running back with the Washington Redskins. Morris still drives the 1991 Mazda 626 that he had in college, despite a healthy $2.2 million contract.

Rapper/actor Ludacris is an even more extreme example of automotive loyalty. With an estimated net worth of over $70 million, Luda has the money for his own private plane. Yet that wealth doesn’t stop him from regularly driving the 1993 Acura Legend he has had since before he found fame.

Ludacris, whose real name is Chris Bridges, recently discussed his old Acura during an appearance on the Ellen DeGeneris Show to promote his new album. It sounds like he’s put 10,000 miles on the trusty sedan since it last popped up online less than a year ago, so it’s pretty clear that he drives it on the regular. In fact, Ludacris says he still pens new songs sitting inside it, just like he used to back in the day when he was starting out.

Of course, during his Ellen appearance, Ludacris also takes some time to talk about the Fast and Furious franchise, in which he’s played a major part. He discusses what it’s been like carrying on without Paul Walker, as well as what it’s been like working with the actor’s brothers, who will be in the next installment of the popular franchise as the late actor’s body doubles.