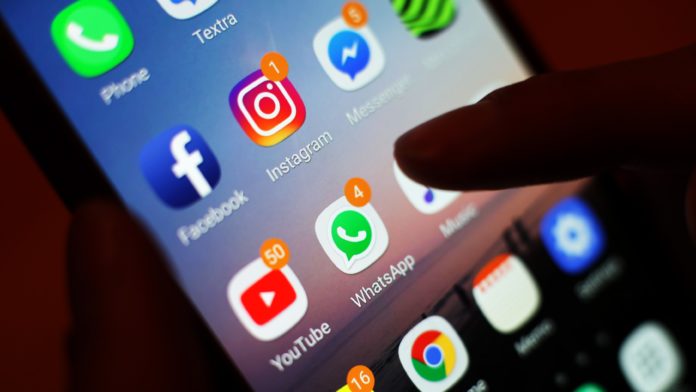 On the 7th of November, I was also privileged to be, and to address at a Lagos colloquium which witnessed presence of the likes of Senator Shehu Sani, Femi Falana SAN, Dapo Olorunyomi, Chris Isiguzo (NUJ President), Richard Akinola, Chido Onumah and quite a number of other influential personalities, including but not limited to veteran journalists (Fisayo Soyombo inclusive) and other social activists. It was a conversation on the shrinking media and civic space in Nigeria.

The colloquium like many of its such and other social engagements that have trailed the Senate’s passing of social media bill is one of the attempts aimed at analyzing the ‘pros’ and cons of regulating social media by the Nigerian government. They all have been part of the ways to tackle the Senate’s Social media bill. I may, therefore, want to take a paradigm shift from analyzing the bill, because this has been done over and over again by different persons.

Let us point to a few statistics. In September 2019, Joseph Israel a student of Taraba State University was expelled with reasons reportedly connected to his persistent criticism of Governor Darius Ishaku of Taraba State through his Facebook account. In 2018, Kunle Adebajo of the University of Ibadan was rusticated in 2016 for an article on poor welfare in the institution. In what appears like sporadic attacks on the media in 2019 anyway, journalist Agba Jalingo is in prison as we speak for a press publication that met the Crossriver Governor in discomfort. Part of Sowore’s alleged offenses by the DSS/Federal government is hinged on using his media platform to insult the president and to cause a revolution. To add, as most recent, is the expulsion of Ifemosu Michael by the FUNAAB management over his Facebook post which hammered on the welfare of students on the campus as being neglected by the management in question. Samuel Ogundipe was arrested and tortured after making a publication in 2018. We can go on and on, but Amnesty International had already assisted with another summarized data, which showed that since 2015, more than fifty journalists and bloggers have been arrested, detained and tortured in Nigeria.

The above paragraph reveals the formally identified attacks on social media, but have we observed recent arbitrary ban and restrictions of Social media handles, Twitter and Facebook accounts? In this kind of restriction, social media corporations are equally complicit. It is mostly done to notable critiques or activists in the social media. Political icons or major influencers may be spared, and if you are the type that only tweets about BB Naija, Naira Marley, Aso Ebi Bella, and the kinds, your freedom of expression is also, in fact, unlimited like Glo until data and browsing experience unlimitedly disappoint you.

Social media bill like any other restrictions on civic space has been on since the periods the government and corporations discovered that the system had created what could hastily aid its collapse.

The social media bill is beyond restricting hate speech, it is also about restricting the possible fast and mass social mobilization against the status quo that may come through the internet. From the student’s angle, those in the 17th and 18th centuries had to go through rigorous efforts in connecting and mobilizing themselves across campuses in the country. Now, fast mobilization and information spread are done with social media. Suspend a student in FUNAAB today, and counterparts are already aware in Zaria, Minna and across boards. Victimization on campuses is now rather more on a selected few, an action which school authorities even want to do silently as much as possible. Unlike the old days of suspending students in their scores at a time on a single campus. I delved into tertiary institutions because the culture of tyranny has been extended to these places, to the extent of stalking student’s social media accounts and activities. These ruling ideologies in our tertiary institutions are equally the ideologies of the ruling class. As instructed, the culture of tyrant rulers and submissive followers is built from these universities to the larger world. That is cycle Nigeria, unfortunately, revolves within.

The world is advancing but Nigeria appears regressing into barbarism. Senates in other climes are discussing policies on health, education, security and climate change as they affect people’s lives, but our senators are bent on how to punish social media users. Well, I may want to pitch tent with those who think that we do not need the social media law in so far the country already has laws against libel and slander, and individuals who feel offended by media posts or press publication should explore those legal means. Quite alright, we should be having more policies that advance our human liberty than those that restrict them.

On another hand anyway, it is not enough to debate this social media law or how it should work, but there is a major problem arising, it is that the Nigerians who elected the lawmakers have handed over governance to them. This absolute power is what corrupts absolutely.

There is no single serious bill to discuss before the Nigerian Senate that has to do with the development of Nigerians, and as we know it, an idle hand is the devil’s workshop. Thus, one of the ways that might be needed to engage them on this Social media bill is for the people to begin a counter-campaign which can include sponsoring a bill to the house, such as #freeWiFi project for Nigerians. After all, we have evolved beyond the generation of apes. The cost of internet subscriptions that is sometimes more than feeding costs is already another way for social media restriction. Without a doubt, social media access has since been restricted through various means, discussing the bill in the Senate is merely about formalizing the restrictions. Nigerians should not be carried away, let’s put work on their tables!

The people should get involved in the affairs of the Senate, and in governance in general by sponsoring bills and campaigning for major demands that will lift standards of the people. Nigeria has a reasonable quota of an educated population, and even more civilized minds than those that rule them. Leaving the governance to these rulers is what lasts this tyranny.

He also tweets at, @gbenga_von.