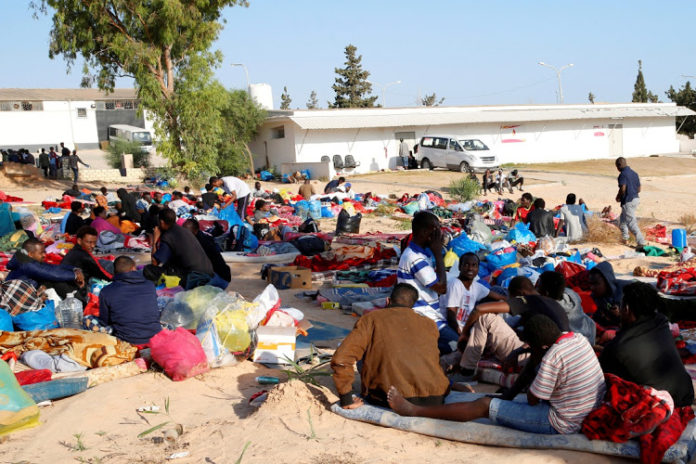 While Libya’s armed conflict is currently subsiding with the informal ceasefire around Sirte still holding, the propaganda and disinformation war still continues to intensify.

At the moment, intelligence report says the use of disinformation on social media to demonise political opponents, and residents from other towns and regions are a major obstacle to reconciliation.

According to Menas Associates, a political risk consultancy, Facebook is the primary tool for its dissemination because it is used by over two-thirds of all Libyans.

As in other conflict zones, the main factions and their foreign supporters, with malign agendas, use Facebook to influence the narrative. It, in turn, has been unable to combat disinformation in small markets such as Libya.

Disinformation is effective because Libyans are a very unsophisticated and naive audience as a consequence of Muammar Qadhafi’s total control of what they were told for over 40 years.

A nascent independent media developed after the 2011 revolution but it was soon overtaken by political interests and armed groups. Initially, social media was a way to ostensibly get more trusted information until the advent of disinformation campaigns and deep social polarisation.

Despite the de-facto ceasefire and the political talks that are designed to reunify the country, the Libyan social media sphere is highly divided. Libyans may therefore see the world through a completely separate lens depending on their use of social media.

Armed groups and political factions work hard to increase support for their cause while encouraging the hatred of their enemies in other regions of the country. This polarising power is remarkable given Libya’s small population which is so linguistically and religiously homogeneous.

The social media feeds of individual Libyans have become echo chambers of information in support of one or other faction. Libyans — paranoid and distrustful of all information and politicians — also turn to their local neighbourhood, tribal, or social media groups.

The fragmented nature of the country’s social media is therefore both a driver and reflection of this deep social and political polarization. Local messaging is often dominated by armed groups and their political affiliates.

Ordinary citizens and civil society groups are therefore fearful of openly expressing their actual opinions on social media — which was possible in the relatively more liberal 2011-2013 environment — less they meet the fate of the activists in Benghazi and other cities who were disappeared and killed by the dozens in the early years of the current Libyan conflict.

Foreign stakeholders have significantly contributed to the onslaught of disinformation as they have sought to advance their interests in a relatively low-cost way. They have the sophistication and resources to produce truly narrative-shaping campaigns.

In particular the UAE and Saudi Arabia — often operating through Egyptian firms who know the Libyan dialect and culture — have mounted major disinformation campaigns in support of Khalifa Haftar for a number of years now, but have intensified their activity in the past year.

Similarly, Russia has — albeit in more subtle ways by hiring Libyan consultants to create local groups — nimbly sown disinformation that resonates with Libyans.

These groups pick up on local grievances and inflame them by bringing polarising subjects back into the public eye in order to attract followers who are then primed to be more receptive to Russia’s narratives about the conflict. By contrast, the Emirati and Saudi social media accounts are highly coordinated in their attempts to amplify specific ideological goals.

Turkey and Qatar are much less active in producing digital disinformation but place far more resources and emphasis on messaging through their traditional state-backed television and media outlets rather than through fake or franchised social media accounts.