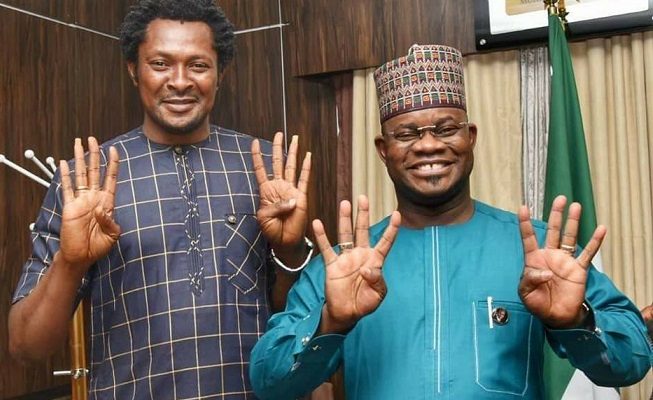 Tiamiyu is also the DG of Lokoja Local Government All Progressives Congress (APC) Bello-Onoja campaign council. He said signals from all angles are pointing to victory for Bello and Adeyemi.

The businessman turned politician spoke after the coalition of Kogi West senatorial candidates willingly stepped down for Senator Adeyemi in the rerun and gladly endorsed the candidature of Bello for the guber poll.

According to him, the decision of the senatorial candidates was borne out of their conviction that Adeyemi has what it takes to offer quality representation in the Senate, and Bello deserves another term owing to his remarkable efforts at ensuring equitable distribution of resources and projects across the three senatorial districts in Kogi State.

Tiamiyu who was at the meeting held with the senatorial candidates alongside the Deputy Governor, Edward Onoja and Kogi Assembly Speaker, Rt. Hon. Mathew Kolawole, remarked: “We are very much comfortable at the ways things are going. The November 16 elections (both the Kogi West rerun and governorship) are done deal for the APC. Victory is sure for Bello/Onoja and Adeyemi. As a matter of fact, signals from every nook and cranny are giving us very clear indication of victory for our candidates. The latest endorsement of Bello and Smart Adeyemi by the coalition of Kogi West senatorial candidates, is just one out of many of such that have brightened our chances of emerging triumphant in both the Kogi West rerun and governorship election.”

Some of the Kogi West senatorial candidates are: Olabode Adeyemi of African Democratic Congress, ADC, Princess Roseline Ibitoye of Accord Party, Chief Samuel Atteh of PPA, Olasunkanmi Olayinka of CAP, Noah Abiodun of PPN, Olasunkanmi Aina of PT and others.

MICHAEL JEGEDE IS A MEDIA PROFESSIONAL BASED IN ABUJA