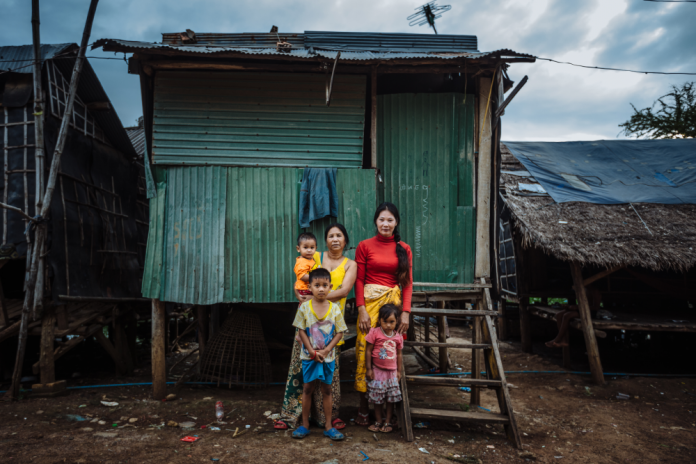 Debt is currently preventing migrant workers in the Greater Mekong Sub-region from maximising the benefits of their migration, and leaving them worse off economically and socially when they return home, according to a study by the International Organisation for Migration (IOM).

This is coming into the open as the Government of Japan has allocated  $27 million to support IOM operations this year. IOM has already started using the funding to help vulnerable migrants, including displaced people, refugees, returnees and communities affected by conflict and crises around the world.

The donation will also help to build the capacity of governments in humanitarian border management to stabilise regions.

Some 58 per cent of the contribution ($15.6 million) will be used to support IOM programmes in Sub-Saharan Africa, in countries including Benin, Côte d’Ivoire, the Gambia, Mali, Mauritania, Niger, Burundi, Ethiopia, Kenya, Somalia, South Sudan, Uganda and Lesotho.  Over half of the new Japan-funded projects in the region will improve government capacity for integrated border management.

In Asia, part of the funding will be used to support Rohingya refugees and host communities in Bangladesh in the areas of health, water, sanitation and hygiene. The money will also go towards humanitarian assistance for drought-affected Afghans and building Afghanistan’s capacity by helping skilled Afghan nationals to return home from Iran.

Other Japanese funding will continue to support IOM activities in the Middle East. In Turkey, where millions have fled the ongoing Syrian civil war, projects will help refugees and host communities by strengthening social cohesion.

Other projects will improve livelihoods and enhance social cohesion in conflict-affected communities in Iraq and provide health assistance for internally displaced persons in Yemen.

With one in six migrants in the sub-region struggling with debt when they return to their countries of origin, the report identifies indebtedness as a key factor in influencing migration outcomes and an important element in the decision-making process of migrants.

However, the findings of the study, Debt and the Migration Experience: Insights from Southeast Asia, are based on qualitative interviews conducted throughout 2018 with current and returned migrants in Cambodia, Myanmar and Thailand, as well as survey data collected by IOM and the International Labour Organisation (ILO) between July-August 2016.

The report suggests that debt is often a primary cause of migration. With households routinely taking on debt to cope with acute crises such as illness and failed crops, the growth and availability of formal loans offered by banks and microfinance institutions in rural areas is contributing to changing borrowing patterns and an increased burden of debt among low-income households.

In some contexts, loans undertaken can be far greater than average income, and migration is increasingly seen as a coping strategy in response to debt stress. In Cambodia, for example, over 40 per cent of rural remittance-receiving households report repayment of debt as the main use of remittances.

Migrants also take on debt to fund their journeys. The increasing cost of migration and recruitment in the region, often taken on by employees, causes prospective migrants to borrow heavily in order to cover the cost of recruitment. Full repayment of these loans can take anywhere from months to years.

In addition, debt undertaken by migrants to gain legal status or extend their stay legally has been flagged as a particular area of concern. The study found that unpredictable legal costs in countries of destination make it difficult for migrants to anticipate them. This subsequently causes them to resort to loans and take on a higher burden of debt.

A strong link between indebtedness and increased vulnerability to trafficking and related exploitation was also established. Migrants in debt are more likely to make potentially risky choices, often choosing to remain in jobs with poor working conditions. Wage deductions used by employers to cover recruitment costs can also inhibit workers from changing jobs or leaving.

Debt was also found to contribute to negative economic, social and psychosocial outcomes when migrants returned home. Indebted migrants were more likely to encounter financial insecurity due to a lack of savings, struggling businesses and difficulties in finding decent work.

In addition to reduced financial status, indebted returnees also reported social and psychological problems, including shame, embarrassment and discrimination in their communities, as well as harassment and violence from lenders. These pressures subsequently provided strong incentives for them and their families to migrate again.

“Loans undertaken with fair and transparent conditions provide access to opportunities for work abroad. But those with poor terms are likely to heighten existing vulnerabilities and create new risks for migrant workers,” explained Nathalie Hanley, Head of IOM Thailand’s Migrant Assistance and Counter-Trafficking Unit. “The trends that we observed raise concerns that debt may create conditions where migration becomes more extractive than developmental under certain circumstances.”

To alleviate the burden of debt on migrants, the study emphasized the need to lower migration costs by ensuring that recruitment costs are paid by employers. It also noted the need to encourage and simplify access to legal migration pathways that eliminate the need for brokers and middlemen. Expanded monitoring of labour rights violations in countries of destination is also recommended.

Recommendations for countries of origin include strengthening social protection programmes to eliminate the use of loans for basic needs; improving oversight and regulation around credit provision; and ensuring grievance outlets and hotlines for aspiring, current and returned migrants.

The study was conducted under IOM’s Asia Regional Migration Programme – a regional migration management project funded by the US State Department’s Bureau of Population, Refugees and Migration (PRM).

We Always Mean Well for the Country, But NOT for the People!