On Monday the governor of Ekiti State, Ayodele Fayose, a relentless critic of President Muhammadu Buhari, stirred yet another controversy.

He told journalists that he had gone to do some transactions at a Zenith Bank branch in Ado-Ekiti, the state capital, but was shocked to find that his account with the bank had been frozen by the Economic and Financial Crimes Commission.

Mr. Fayose, who by virtue of being a governor enjoys constitutional immunity from criminal prosecutions, said the decision to freeze his account was illegal.

He however suggested that the freezing of his account was connected with ongoing investigation by the anti-graft commission into the campaign funding of the opposition Peoples Democratic.

“I found out that the EFCC had blocked my account and the account of some of my associates. I see this as illegal. If you want to fight corruption, fight corruption based on rule of law,” he said.

“I’m a sitting governor and under Section 308 of the 1999 Constitution I enjoy immunity. You must do anything you want to do within the ambit of the law. This government has no respect for constitutional provisions. They should not be in a hurry. In 2018, I will be done. I will come to them myself. I have become a figure in this country that I have nowhere to go.

“This rascality of the EFCC must stop. Did they not contest election? Where did they get the funds from? Is it because they are the sitting government? So any other person that conducted election apart from the APC is a thief?”

However, while confirming that Mr. Fayose’s account was indeed blocked, the spokesperson of the EFCC, Wilson Uwujaren, said the governor’s immunity does not stop the agency from investigating him.

“It is true that we have frozen Governor Fayose’s account in connection with an ongoing investigation. We will soon release the details of our findings to the public.

“We froze the account because Fayose has no immunity against investigation.”

Mr Uwujaren did not give further detail of the nature of investigation Mr. Fayose is under.

However, a top security source familiar with the investigation has given PREMIUM TIMES a mind-boggling details of how N1.3 billion from the office of the National Security Adviser under the ex-President Goodluck Jonathan’s administration was traced to Mr. Fayose’s blocked account.

According to our source, the journey of how the money got to Mr Fayose’s account started in November 2011 following the incorporation of Sylvan Mcnamara Limited, a company linked to the sons of former Minister of State for Defence, Musiliu Obanikoro.

Mr. Obanikoro and his sons, who are hiding in the United States, are also being investigated for the alleged misappropriation of the funds meant for the purchase of arms to fight the deadly Boko Haram insurgency in Nigeria’s north-east region.

At inception, Silver Magna Merra had three directors – Ikenna Ezekwe, Adeniyi Elizabeth and one Oshodi. However, on May 7, 2012, the company passed a resolution making the sons of Mr Obanikoro – Gbolahan and Babajide- and Ikenna Ezekwe signatories to the companies account.

According to our source, Mr. Obanikoro raised Mr. Ezekwe after he lost his father.

“Between April to December 2014, the company received N4.7 billion from the office of the NSA,” our source said. “The company distributed N2.7 billion to various companies, Bureau de Change, the PDP, and politicians.”

Our source further explained that N2 billion was withdrawn in cash and on June 12, 2014, Mr Obanikoro, alongside some of his allies, personally moved N1.3 billion to Akure in a chartered aircraft.

“The money was handed over to one Abiodun Agbele alias Abbey. They handed the money to the Zenith Bank manager in Ado Ekiti and asked him to sign that he collected N1.3 billion but the man insisted that they had to count the money. After counting they discovered that it was N80 million short. Abiodun collected over N240 million.”

“Sometimes in August 2014, Abiodun paid N118 million cash and N50 million in cash to make a total of N168 million into Fayose’s account. We are still analyzing those financial transaction,” the source added.

When contacted for comments, Mr. Fayose’s spokesperson, Lere Olayinka, told PREMIUM TIMES that the governor did not receive any money from Mr Obanikoro and that no transaction was traced to Mr. Fayose’s account.

“There was no N1.3 billion traced to any of the governor’s accounts. He did not receive any money from Obanikoro and there’s no transaction in his account from an Obanikoro,” he said via mobile messaging app, Whatsapp.

“Governor Fayose’s election was never funded with public fund. His election was funded by corporate organisations and it is even on record that for the first time in the history of election in Nigeria, campaign vests and other souvenirs were gladly bought by the people.

“The reality is that they are afraid of Governor Fayose and they can’t just help being afraid because their government is evil and Fayose won’t stop exposing them.”

He said the governor would not stop criticising the Muhammadu Buhari’s administration neither would he stop championing the cause of true democracy.

“Governor Fayose is not bothered about this prosecution, he remains resolute in his commitment to championing the return of real democracy to Nigeria because as it appears, Buhari has returned us to dictatorship.”

He wondered why the EFCC had not investigated crimes allegedly committed by the immediate past administration in the state.

“Nigerians should begin to ask these people what EFCC has done to all the petitions from Ekiti against the APC government of Dr. Kayode Fayemi.,” said. 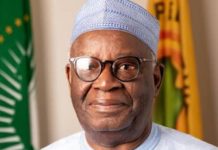