A thirty-four-year-old man, Ifeanyi Apusiobi has allegedly killed his two biological children with a wooden pestle in Anambra state.

The suspect who is from Ogbunike in Oyi Local Government Area of Anambra State allegedly performed the dastardly act in the wee hours of this morning, after he was said to have run amok.

The deceased include a 7-year-old girl, Chinecherem and 5-year-old, Obinna who were murdered in their sleep by their father using a wooden pestle.

The 72-year-old father of the suspect, Dominic Apusiobi, had narrowly escaped death in the hands of his son but with severe injuries on the head.

Confirming the arrest of the suspect today, the Police Public Relations Officer in Anambra, Haruna Mohammed said police operatives attached to Ogbunike Police Station arrested him at about 1am this morning.

In a statement, the PPRO said, “Suspect allegedly ran amok in circumstances yet to be ascertained and attacked two of his biological children with a wooden pestle on their heads while they were sleeping.

“Suspect equally used the same object and injured his father on the head.

“Police operatives had rushed victims to the hospital for medical attention where the two children were certified dead by a medical doctor while the aged father is responding to treatment.

The Police spokesperson said the pestle was recovered as exhibit and case has been transferred to State CID, Awka for discreet investigation. 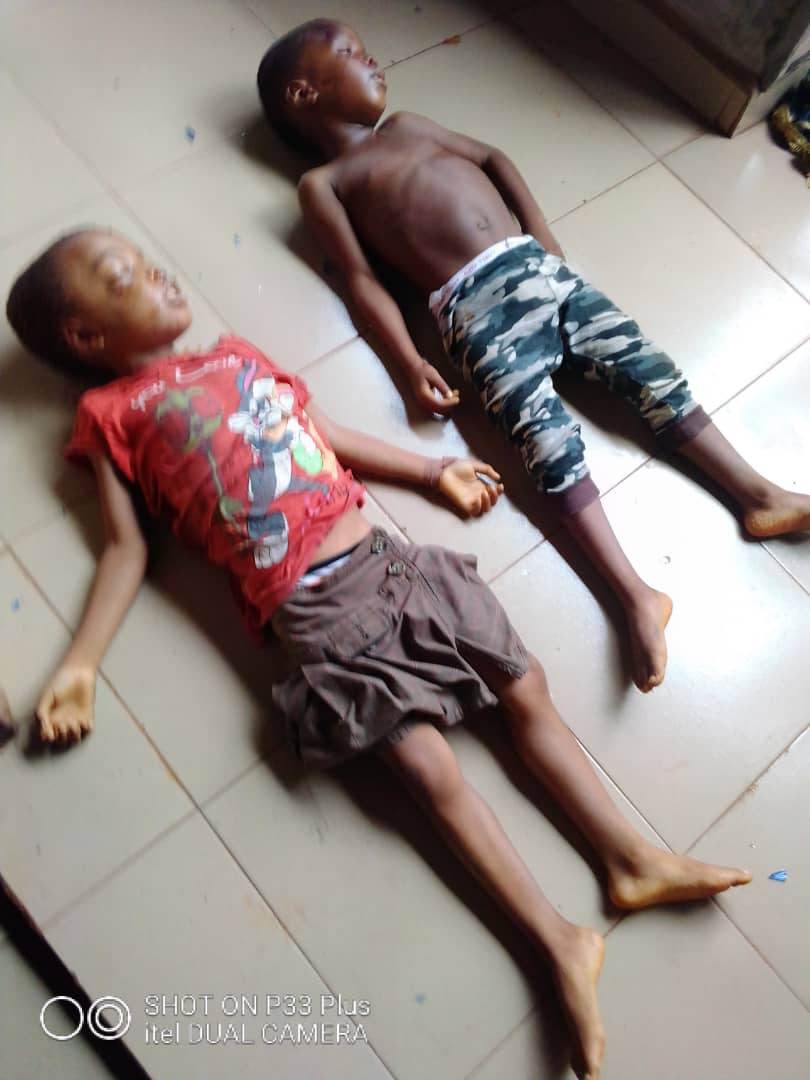