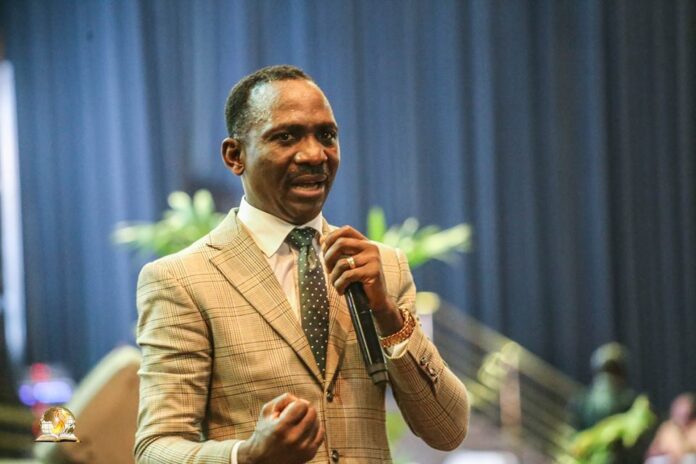 The Senior Pastor of Dunamis International Gospel Centre, Dr. Paul Enenche, has disclosed the real reason for the ongoing protest by Nigerian youths.

Enenche attributed the ongoing protest by Nigerian youths to the loud impunity, nepotism, tribalism, oppression and subjugation across Nigeria.

For over a week, Nigerian youths have been protesting police brutality.

The protest had led to the dissolution of the Special Anti-Robbery Squad (SARS), by the Inspector General of Police (IGP), Mohammed Adamu.

Adamu had also announced the establishment of the Special Weapon and Tactics Team (SWAT).

Reacting to the protest, the clergyman also decried how a section of the country was in charge of juicy positions in government while other zones look helplessly.

The clergyman also pointed out that equity, fairness and justice remained the panacea to the crisis.

He added, “People have clamoured for restructuring. It is the devolution of power; otherwise, there may be dissolution of union. It happened in other places and we pray and trust God it doesn’t happen in our nation.

“It is not time to play the ostrich and hide the under. What is not confronted cannot be conquered. In medicine we called something the debridement of wound, you expose wounds in other to repair them.

“It is time to tell the truth because people have been suppressed, subdued, subjugated and treated as if they don’t reason.

The cleric urged protesters not to go violent while expressing their anger.

“As for every protest going on, two wrongs cannot make a right. Protests are encouraged to be peaceful and calm. No destruction of lives and properties in any form. Let lives not flow because of abnormalities in the land.”

Coomassie, who described the protest as “nonsense,” blamed President Muhammadu Buhari for allowing the ongoing protest.

He pointed out that former President Olusegun Obasanjo would never have allowed such protest.

According to Coomassie: “Can you try this nonsense during Obasanjo’s time? I blame Buhari for taking things lightly.

“There are certain things that should be handled with an iron fist.”